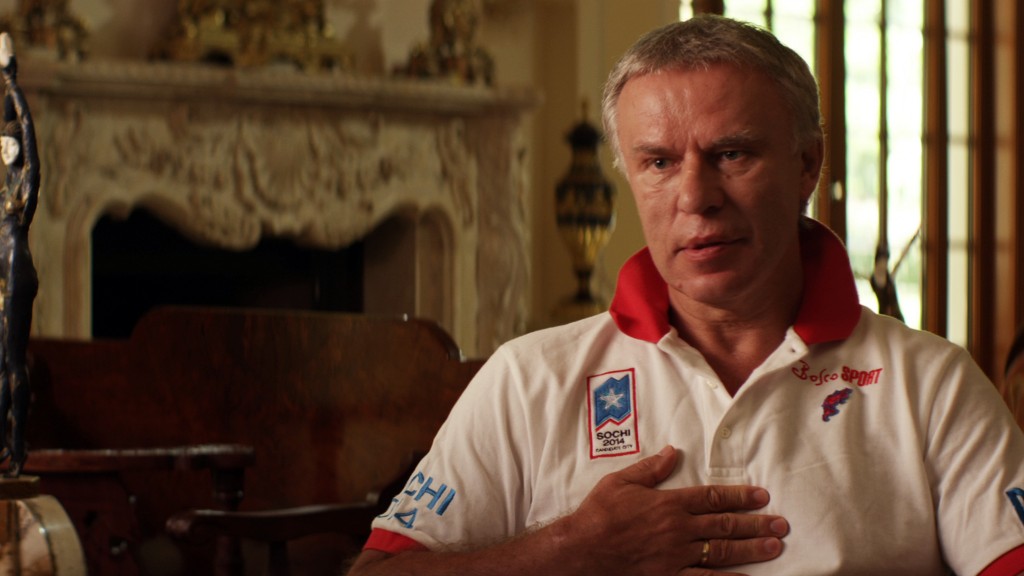 From Oscar nominated and Emmy award-winning filmmaker Gabe Polsky, “Red Army” is a feature documentary about the Soviet Union and the most successful dynasty in sports history: the Red Army hockey team. Told from the perspective of its captain Slava Fetisov, the story portrays his transformation from national hero to political enemy.From the USSR to Russia, the film examines how sport mirrors social and cultural movements and parallels the rise and fall of the Red Army team with the Soviet Union. “Red Army” is an inspiring story about the Cold War played out on the ice rink, and a man who stood up to a powerful system and paved the way for change for generations of Russians.

Viachaslav Fetisov is among the Soviet Union’s most-decorated athletes, and is considered one the best hockey players of all time. He was the long-time captain of the Soviet Union’s Red Army team, won seven world championships, two Olympic gold medals, and three Stanley Cups. He was a two-time NHL All Star and played for the USSR First All-Star Team nine times. He was one of six players voted onto to the International Ice Hockey Federation’s Centennial All-Star Team and was inducted into the Hockey Hall of Fame in 2001. In the 1980s, Fetisov was instrumental in breaking the barrier that prevented Soviets from playing abroad. He was the first Soviet citizen to be granted a visa that allowed him to play hockey in the west. Fetisov’s efforts paved the way for thousands of Soviet and European players to play hockey in America. After retiring as a player, Fetisov embarked on a political and executive career. He is currently a member of the upper house of the Federal Assembly of Russia, and was instrumental in bringing the XXII Olympic Winter Games to Sochi, Russia. Fetisov is president of the professional Russian hockey Club HC CSKA Moscow. He was also Minister of Sport in Russia from 2002 to 2008.

“Red Army” provided an opportunity to explore the director’s heritage and to examine the impact hockey had on the culture, politics and legacy of the Soviet Union. Soviet hockey was amazingly creative and improvisational. The Soviets moved fluidly, like one body, and it looked more like an art form than a game. The Red Army team was designed as an instrument of propaganda to prove the superiority of the Soviet system. The country’s investment in the team’s success was massive. The demanding lifestyle and oppressive circumstances under which the players trained were a reflection of broader Soviet society. It became clear that the Red Army’s style of play, too, was significantly informed by the country’s ideology.

Much like Communism, there was little emphasis on the individual. Those who became heroes earned as much money as teachers. Priority was placed on serving your teammates and your country, and expressing individuality or questioning authority was forbidden. Today’s Russian leadership is comprised both of devoted fans of the Red Army team and of the players themselves. To understand the history of the team and the era is to understand much about who makes decisions in Russia today. “Red Army” is about how an incredibly oppressive system produced one of the greatest teams in history. That success came with tremendous personal costs. This film is to honor the Soviet struggle and to celebrate the art that emerged from such a charged and unique time in history.