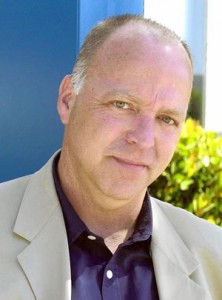 In the midst of an impossibly busy schedule here at the Sundance Film Festival, industry veterans were stunned to hear the news that Bingham Ray, a true pioneer in the independent film world, had passed away due to a stroke he suffered while attending the Festival. Ray, 57, was a figure who has been on the indie scene since the 1970s, and whose business savvy, instinct and passion for indie and international cinema made him one of the most beloved figures in our industry. Ray, who had just accepted the post of Executive Director of the San Francisco Film Society this past Fall, was preparing for his first San Francisco International Film Festival, the Society’s biggest event, which will still be held in April in the city by the Bay.

Ray died in a hospital in Provo, Utah, after suffering a stroke last week in Park City. He was a fixture at the Sundance Film Festival since its founding. Robert Redford, the Sundance founder, was moved to issue a statement expressing that “we lost a true warrior for independent voice today with the passing of Bingham Ray. He was a valued member of the Sundance family for as long as I can remember, and he is responsible for mentoring countless seminal storytellers and bringing their work to the world.”

Bingham Ray was born on October 1, 1954 in in Bronxville, N.Y. He had been an avid movie lover since childhood, with his film education continuing at Scarsdale High School, where he took a film class that introduced him to foreign films and prompted him to make his first film with a Super 8 camera. He graduated with a degree in theater arts and speech from Simpson College in Iowa. After moving back to New York, he got his first professional job as a programmer for the legendary Bleecker Street Cinema, a downtown New York institution that introduced many American and international filmmakers to New York and North America. After brief stints at distribution companies New Yorker Films, the Samuel Goldwyn Company and Alive Films, he partnered with Jeff Lipsky to form October Films in 1991. The company would become one of the most influential distribution forces in the 1990s, introducing American audiences to such auteurs as Mike Leigh and Lars von Trier, and was the force behind such films THE LAST SEDUCTION, THE APOSTLE, LOST HIGHWAY, COOKIE’S FORTUNE and THE YEAR OF THE HORSE. Ray served as co-president until the company’s sale to USA Networks in 1999.

After leaving October Films in 1999, Ray continued to be a familiar presence at film festivals and industry events. He nearly died in a traffic accident in 2000, but less than one year later, he was named president of United Artists, the specialty films division of Metro-Goldwyn-Mayer Inc, where he championed such films as BOWLING FOR COLUMBINE, which won an Oscar for Michael Moore as Best Documentary in 2003. When Ray resigned from UA in 2004, the Hollywood Reporter reported that that he and MGM executives “often clashed over the types of films that Ray chose to champion, with the studio regarding his taste as too esoteric and arty.” He joined L.A.-based production company Sidney Kimmel Entertainment in 2007 and over the next three years served as president of Kimmel Distribution and president of creative affairs. In the last few years, he served as a programming consultant to the Film Society of Lincoln Center as they prepared to open their 3-screen Film Center, and executive consultant to digital distribution company SnagFilms, while also communing with young film students as an adjunct professor at New York University’s Tisch School of the Arts. After the death of Graham Leggat this past summer, he was named to the top post at the San Francisco Film Society and shared with me at the time that he relished this opportunity at a job that could coalesce all his business and curatorial experience, while also indulging in his favorite endeavor….introducing audiences to new film artists.

Although he was not a close friend, Bingham has been in my orbit for the past 30 years in the New York film community. The thing I remember most about him was in the 1990s, when I was bringing delegation of international filmmakers to New York to showcase their work and to learn about the American film industry. One of the stops on their tour was inevitably at October Films. Bingham could have very easily arranged for a lower level person to talk to these visiting filmmakers, but he would inevitably show up himself, spending sometimes 2 or 3 hours giving them a true picture of how the industry worked. He shared his passion and enthusiasm, and I know it made a strong impression on the visiting filmmakers, impressed by his knowledge, his business savvy and his deep abiding passion for encouraging new visions and voices. That is the Bingham Ray that I remember and cherish, a gentle man who shared his enthusiasm and who kept those of us who knew him even casually inspired. And while it is breathlessly tragic, it is also deeply significant that Bingham spent his last days in the kind of atmosphere that he loved, surrounded by filmmakers and industry professionals, talking, walking and breathing films. Adieu, Bingham……