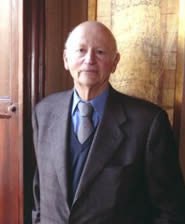 The following is a reproduction of a speech Festival de Cannes President Gilles Jacobs gave at the press conference at the Intercontinental le Grand Hotel in Paris last month when Jacobs was announcing the Official Selection for the 2009 Festival de Cannes.

For a long time I believed that cinema was a kind of royal processional road along which one went from Lumiere to Griffith, Melies to Stroheim, Eisenstein to Ford, Chaplin to Keaton, or more recently from Almodovar to Cronenberg. But, in fact, it doesn’t work like that at all. How do you know when an era is finished and another begins?

There are dates, of course, linked to technological advances: the arrival of the talkies, colour, Cinemascope, 70mm, 3D, Cinerama, Imax, video, digital, Internet, new 3D… There are periods in history: the wars, May 1968… There are schools, genres, countries, talents… There are trends and cycles.

But what would happen if an era ended without the new one announcing its arrival? The last we heard, the type of cinema that we like, upright, original, unique cinema, the cinema of byways, has been declared extinct by the thought police. Extinct? Extinct. All talent gone. Shut up shop. Dead and buried.

There is an emerging trend from some corners – the Anglo-Saxon one, notably – to claim that auteur cinema is already dead and that only the object-film exists.

They say that our type of cinema has no audience and is thus on the verge of extinction, that only a few second-rate and state-funded imitators still exist. If Gance were with us today, he would be into comics. Fritz Lang, Pabst and Dreyer would be in video games, Welles would do War of the Worlds on radio again. Only Godard would still insist on playing doubles at tennis with three university lecturers.

But maybe we should get used to the idea that, on the contrary, cinema doesn’t exist at all yet, at least, not in its definitive form (that it will never get to), and not in its future form either, and that the time of rediscovering creative sensations is not yet with us. Or, if it is coming soon, it will not be announced by the gong of the Rank of an Old England, but by one of an Eastern country. Near or Far.

Is the weight of time crushing the life out of Western cinema? Is it running out of steam, intimidated by its history and long filmography? Have spontaneity and energy deserted it to move towards other climates? One thing is certain: its centre is in permanent movement. You have to go to Bucharest to catch a glimpse of a new wave, to Tel Aviv for a reference to Jacques Becker, to Hong-Kong or Seoul for thrillers reborn with a sense of poetry, realism and fireworks. And from there, not too far, to Beijing, for the spirit of Rossellini to reappear – leaving to the Old World in Europe the romanticism, psychologism and post-Bergmanian misery of a godless mankind.

The new generation filmmakers from the East and the Far East do not have any form, laws or traditions to obey. They are more, to evoke a famous film: Let’s throw away the books and rally in the streets! They never run short of visual ideas. Creativity, boundless energy and singularity – these far-away young filmmakers are constantly stepping outside of the boundaries of the cinema of the past. They don’t know much about it and they’re fine just as they are. They are reinventing it.

When Truffaut had a directorial problem, he would look to Renoir or Hitchcock. It’s doubtful whether Ozu, Misogushi, Naruse or Kurosawa ever thought the same. Today they would probably look to Gabin, Ventura or Jean-Pierre Melville, who is a link to all cultures all by himself. And suppose this is all just another start rather than an end? In which case, in which direction ought we to be going to rediscover dreamtime and the pleasure of saying Action!?

Independent cinema is not a number of quantifiable things or something to do with a particular generation, it’s an attitude. The attitude of Alain Cavalier who, free as a lark and with a tiny camera and no money explores our innermost being? Or that of a Jean-Jacques Beineix, abandoning cinema for ocean-bound sailing, as though the white canvas of his catamaran has become his screen of rediscovery? Or that of being in love?

The day when, once again, the camera takes its nuptial dance to glorify the body, eyes and mouth of an adored woman, on an evolved format pixelised hologram – that day, a great leap will have been made along the road of new beginnings.

In the meantime, the Festival de Cannes has decided to continue helping independent creators as best it can. Since our new website has greater bandwidth, we would like to offer this platform to any of the films in the Official Selection that would like to make use of it, when comes the time of their theatre release. The idea is to present to the audience, and especially young audiences, the first 5 minutes of the film and not the usual typical trailer that extinguishes all desire. Was it Altman or Renoir, I forget, who said that the great artists are at their best in the first and last reel? Let’s hope that Internet users everywhere might drop their games and be tempted to rush to their nearest theatre to find out what happens next. Let’s hope so, for the sake of the artists. We make no distinction between their films. They are all there, somewhere, in the atmosphere that surrounds us all. They are all there and available, chemically, digitally, electronically, in binary, in VOD, virtually, we can feel them, they surround us. They are looking out for us. Let’s not abandon them.