As SILVERDOCS, the nation’s most prominent documentary film festival, begins to hit its stride, it is worth mentioning that the documentary film has not had the charmed life at the box office as we saw earlier in the decade. While not every film can hope to reach the stratosphere of FAHRENHEIT 911 (which had a record-shattering $120 million international box office gross in 2004), the recent crop of documentaries coming to theaters in the past year have been decided disappointments. 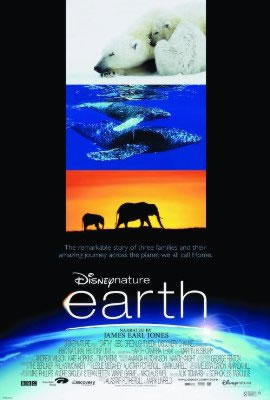 The celebrated MAN ON WIRE, which won the Oscar as Best Documentary, has made a modest $3 million at the box office, with more expected as it enters video/dvd and television release.  VALENTINO: THE LAST EMPEROR received some of the best reviews of the year and is still playing in theaters. But its modest box office take of $1.3 million is considered a bit of a disappointment. Another documentary still going strong in theaters is EVERY LITTLE STEP, the chronicle of the revival of the Broadway musical hit A CHORUS LINE, that has so far raked in $1.2 million and counting.

Films that never cracked the $1 million mark at the theater box office, considered the designation for a hit of modest expectaations, include such well reviewed films as the economic collapse doc I.O.U.S.A; TYSON, an intimate view of the inner life of the boxing champion by director James Toback; OUTRAGE, the hot-button film exposing closet homosexuals in the US Congress that was expected to be a Michael Moore-type phenomenon; STANDARD OPERATING PROCEDURE, documentary legend Errol Morris’ account of the abuses at Abu Ghraib prison; ENLIGHTEN UP, an amusing tale of a man’s voyage into the word of yoga; and EXAMINED LIFE, a philosophical roundelay of unusual thinkers.

Two films, however, were successful in bucking this downward trend. The nature doc EARTH, which has grossed more than $30 million,  had the advantage of the marketing muscle of the Walt Disney Studios behind it. However, even at this figure, the film was gone from theaters in less than a month. RELIGULOUS, a parody of religious faith anchored by the popularity of its commentator Bill Maher and the deft comic hand of Larry Charles (the director of BORAT), did find some love, nearing $15 million at the box office. However, considering the marketing muscle from distributor Lionsgate and the relentless on-air television promotion, the film has to be considered a bit of a disappointment.

Clearly, the above films and several others that made the perilous trek to theatrical exposure, will have a life in video/dvd and on specialized television networks. In a sense, the theatrical release was a loss-leader designed to up the visibility of the films for their eventual availability on television, in the  video store and on various on-line VOD platforms. However, there is no question that, at least for the moment, Americans have not been embracing documentaries with the same fervor as they did earlier in the decade, with such films as MARCH OF THE PENGUINS, SICKO, AN INCONVENIENT TRUTH and BOWLING FOR COLUMBINE.

How the current crop of films presented here at SILVERDOCS will fare is open to speculation. But the modest box office performance of several high profile documentaries in the past year are not a good indicator of potential. It is said that in the midst of an economic downturn and international political instability that the public is looking for escapism. Documentaries still have an appeal to educated types who want to delve deeper into the issues of the day, but their numbers seem to be shrinking rather than growing. For independent distributors, the trend may result in even more hesitance to pick up distribution rights……..a challenging situation made only more so.