ENTRE NOS, a hard-hitting drama of an illegal immigrant and her childrens’ struggle for humanity on the mean streets of New York City, swept the top awards at the Fort Lauderdale International  (FLIFF) , which ends its three-week run today with a marathon screening of award winners. Awards were announced on Sunday at the Festival’s Closing Gala at its home base o the Cinema Paradiso. FLIFF President Gregory von Hausch hosted the presentation, honoring both American and international films that were showcased at the 24th edition. 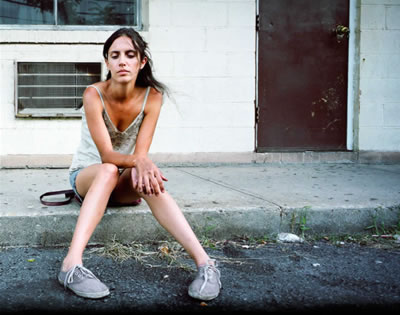 Gloria La Morte, co-director and co-writer, and Paola Mendoza, star and co-director, of ENRE NOS walked away with 4 awards including: The Seashell Award for Best Film of the Festival, Best Actress/International (Paola Mendoza), a Special Jury Award for Child Debut and The President’s Award for Best Feature Film.  The film, which had its world premiere at the Tribeca Film Festival last April, and took a similar Best Film prize at the Troia International Film Festival in September, continues its strong Festival response. “This film is close to our hearts and was a labor of love. We couldn’t be more thrilled,“ commented Gloria La Morte.  Paola Medoza added “We started making the film as a tribute to my mother … when I call her tonight, it will make her night.”

Another big winner was the off-beat comedy PUNCHING THE CLOWN, knocking out three wins for Best American Indie Film, Best Actor in an American Indie (Henry Phillips) and Best Director of an American Indie (Gregori Viens).  David Thornton tied for the Best Actor category for his performance in HERE AND THERE. Another highly praised American indie at the Festival, the feminist drama TRUCKER, took home awards for its star Michelle Monaghan as Best Actress In An American Indie and the film’s director James Mottern as Best First Time Director. Monaghan, whose appearance on the Festival’s opening weekend drew record crowds, also received the Festival’s Star on the Horizon Award.

Best Foreign Film honors  went to the French film QUEEN TO PLAY, directed by Caroline Bottaro and starring Sandrine Bonnaire as a french maid  whose passion for the game of chess lead her to a chance at a championship and a new shot at life.  Serbian director Darko Lungolov took home the Best Director/Foreign Film prize for HERE AND THERE, an inventive tale that told the parallel stories of an American in Serbia and a Serbian in the United States.  The Best Actor/Foreign Film prize was awarded to John Hurt, for his triumphant return to his famous role as iconic gay wit Quentin Crisp in the dryly amusing AN ENGLISHMAN IN NEW YORK.

Winning the top documentary prize was MOUNT ST. ELIAS, a breathtaking eco film, shot and directed by Austrian documentarian Gerald Salmina. The French animation film AZUR AND ASMAL walked off with the Best Children’s Film prize for its director Michel Ocelot. An Italian film, appropriately titled ITALIANS by Giovanni Veronesi, won the Audience Favorite Award, chosen by audience vote. Other European films that scored included a Special Jury Award for the British eco doc BEYOND THE POLE and the Best Screenplay Prize for the Turkish drama PANDORA’S BOX, directed by Yesim Ustaoglu.

The American indie IN MY SLEEP, a taut Hitchcockian tale by director Allen Wolf, won the audience award as Best American Indie. Other indies honored at the ceremony included a Documentary Audience prize for OFFICIAL REJECTION, and Spirit of Independents Awards to BLACK DYNAMITE, WONDERFUL WORLD, DEAR LEMON LIMA, DON MCKAY, FAILING BETTER NOW, and WHEN THE EVENING COMES.

The 24th edition of FLIFF featured a host of celebrity talents receiving career awards. Lifetime Achievement Awards were presented to veteran film, television and theater actor Kevin McCarthy and Italian cinematographer Mario Tosi.  Matthew Broderick was honored with the Career Achievement Award and attended the premiere of his new film WONDERFUL WORLD. After three extensive (and exhausting) weeks, audiences in South Florida were able to experience the best of American Indie and international cinema, without having to leave the tropical paradise, abundant sunshine and ocean breezes of their city. Hats off Greg, Bonnie, Hal, Jan, et al. for another great year of cinematic gems.