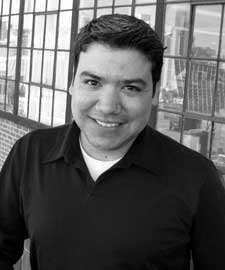 Eugene Hernandez, the highly respected and well liked Founder and Editor-in-Chief of indieWIRE is leaving the leading news, information, and networking site to take on what he describes as “a dream job” as Director of Digital Strategy at the Film Society of Lincoln Center.

Hernandez founded indieWIRE in 1996, and has been Editor-in-Chief throughout the site’s near 15-year history. He will leave his current position October 29th, but maintain ties to indieWIRE as a contributor. IndieWire was acquired by SnagFilms, an online platform for documentary films, in 2008.

“I am sad to leave indieWIRE, though I’m thrilled to be taking the next step in my career”, Hernandez shared in a statement. “We’ve been working all summer to enhance our site, and we’re looking forward to sharing our new homepage soon. In short, I’m leaving indieWIRE as a thriving and unique part of the indie film landscape.”

The Film Society of Lincoln Center, the presenter of the venerable New York Film Festival which opens on Friday evening, is in the final phases of completing its expansion of two new film theaters, conference facilities and a cafe in addition to the current Walter Reade Theater, as well as other year-round programs that make it a major institution on the New York film scene. The hiring of such a respected internet entrepreneur as Hernandez demonstrates that the Film Society has major plans to become a player in the online field as well.

“Eugene leaves huge shoes to fill,” said SnagFilms CEO Rick Allen, “but he also leaves us with tremendous momentum. We are sad to see our friend go, but we couldn’t be happier that Eugene is going to take on a job that builds on his tremendous knowledge of film, his strengths as a digital media entrepreneur, and which takes full advantage of his passion for the medium.”

The news is rather shocking, since Eugene has been such a standard bearer for indieWIRE, but all of us wish him the best of luck as he begins a new chapter in his life and career.