French director Christian Poveda (La Vida Loca)was found murdered on September 3rd  in El Salvador with a bullet lodged in his brain.  He was killed in an automobile parked in a neighborhood known for housing gang bangers. 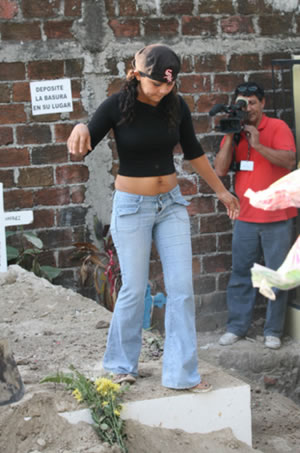 Christian Poveda (in red shirt), director of “La Vida Loca”, during the filming of the documentary with Chucky.

The 53 year-old filmmaker was making a film which filmed gang hazings, narcotics abuse, and all types of violence by the infamous Mara 18 Street Gang.  On the day of his death, Poveda had set out to arrange an interview with female gang members for journalists from a French fashion magazine. French Foreign Minister Bernard Kouchner called him “a respected journalist, a professional who never hesitated to take great risks in the name of freedom of information.”