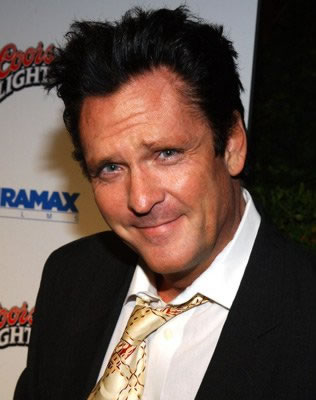 In its 25 year history, FESTROIA has welcomed such luminaries as Lauren Bacall, Robert Mitchum, Kirk Douglas, Dennis Hopper, Christopher Walken, Jane Russell, Ben Gazarra and Mickey Rooney. This year, career achievement honors went to American actor Michael Madsen, who was in Portugal to receive his prize. He is also being represented on the big screen in two films: STRENGTH AND HONOUR by debut Irish director Mark Mahon, where he gives a superlative performance as a washed-up boxer who must enter the ring one more time to raise money for his son’s operation, and LAST HOUR, a mysterious psychological thriller by Pascal Caubet, that includes the actors David Carradine and Paul Sorvino in its ensemble cast.

Michael Madsen began his acting career at the famed Steppenwolf Theater in his native Chicago (a theater company that has produced such greats as John Malkovich and Gary Sinise). He made his film debut in 1982 with the indie film AGAINST ALL HOPE. He has not stopped working since, making more than 170 films to date, including celebrated turns in THELMA AND LOUISE, RESERVOIR DOGS, FREE WILLY, MULHOLLAND FALLS, WYATT EARP, SPECIES, DONNIE BRASCO, KILL BILL, DIE ANOTHER DAY and SIN CITY.

He has also used his distinctively husky voice as voice-over narrators in such films as ANIMAL PLANET and THE CHRONICLES OF NARNIA, as well as the videogames YAKUZA, THE MALTESE FALCON and COMA. In the next few months, Madsen will be seen in such films as CHAMACO with Martin Sheen and the sequel SIN CITY 2.

“Robert Mitchum was one of my personal heros”, Madsen declared at the awards tribute. “His stoic face and damaged heart gave me the inspiration to find both the cruelty and the poetry in many of my roles. As soon as I saw that he was among the list of honorees at this Festival, I could not but accept this honor.”

Less well known is Madsen’s second career as a poet, photographer and philanthropist. He has published six books of original poetry and has had his poems of the last 10 years anthologized in a recent volume. He recently published Signs off Life, a book of photographs taken from his travels around the world. He has participated in many fundraising charities, and received an award for his work with the Shriners Hospital for Children in 2002. Although known on screen as a tough guy, Madsen has the heart and soul of a poet and FESTROIA will honor this renaissance man as part of its Closing Ceremonies on Saturday evening.