Danish director Lars von Trier(“Breaking the Waves”, “Dogville”), has always been a controversial figure and has won the Golden Palm at Cannes in 2000 for “Dancer in the Dark.” The screening of his latest film, Antichrist, in competition at Cannes elicited derisive laughter, gasps of disbelief, a smattering of applause and loud boos as the credits unfurled. 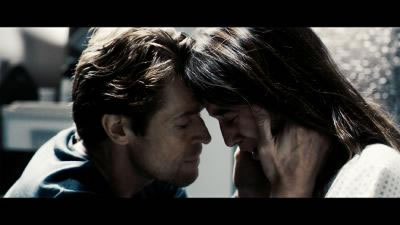 The film, starring Willem Dafoe and Charlotte Gainsbourg as a couple seeking to overcome the grief of losing their only child, has quickly become the most talked-about at Cannes 09.

“Cannes’ notoriously snobby critics and press often react verbally to films during screenings, but the viewing was unusually demonstrative. Jeers and laughter broke out during scenes ranging from a talking fox to graphically-portrayed sexual mutilation. “Many viewers in the large Debussy cinema also appeared to take objection to Von Trier’s decision to dedicate his film to the revered Soviet director Andrei Tarkovsky. Applause from a handful of viewers was drowned out by booing at the end. At a press conference the next day von Trier shrugged off the negative press and asserted that he was the “world’s greatest director”.