Oscar, meet Precious……..the Academy Awards have just gotten their first blast of ghetto love with the rising tide surrounding the urban drama PRECIOUS: Based On The Novel Push By Sapphire by producer-turned-director Lee Daniels. The film, a major hit out of Sundance and screened to great acclaim in Cannes, Toronto and New York, opened theatrically in the United States this past weekend…..and broke box office records for its per-screen performance. Logging in an astonishing $100,000 per individual theater (initial release is on less than 20 screens), the film has already made over $2 million in its first five days of release. 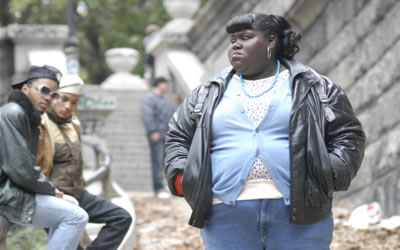 Director Daniels has been making the rounds on the film festival circuit and also appearing as special preview events around the country. Last evening, he bounded to the stage following the screening of the film at the Jacob Burns Film Center (www.burnsfilmcenter.org), the estimable three-screen arthouse complex in Pleasantville, New York (about 45 minutes north of Manhattan). The Burns, as it is called by locals, is a fantastic film resource for those outside of Manhattan who are interested in quality independent and international cinema. Not only is it the only theater playing these kinds of films in the region, but its year-round film series bring an eclectic mix of new films and hard-to-see classics for the discriminating viewer. Currently on screen at the Burns is the Coen Brothers’ existential satire A SERIOUS MAN and a homage to French actor Yves Montand.

But back to PRECIOUS.which has been getting some of the hottest reviews of the year and positioning its director, screenwriter, actors and technicians into the year-end awards season and eventually into the Oscar gold circle. In ways that are often unsparingly harsh and difficult to watch, the director takes us into the hell that is Precious’ home life, including uncomfortable flashbacks to years of sexual abuse at the hands of her father and scenes of shocking physical and verbal abuse by her mother. Precious escapes into a fantasy world when things get too tough, imagining herself a model or singing star performing to huge crowds or walking the red carpet. Her salvation comes when she attends an alternative school where she finds a mentor who teaches literacy to a class of desperate girls. There, she learns how to read, write and express herself. When she becomes pregnant with her second child by her father, she decides to keep the baby and eventually (and triumphantly) leaves her mother’s house and control. 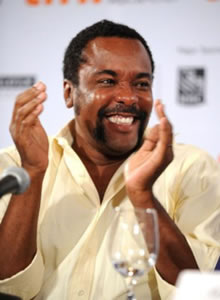 Oscar buzz is already centering on newcomer Gabourey ‘Gabby’ Sidibe, whose brave performance as the overweight teenager Precious Jones is one of the most electrifying debuts in years. She is a mountain of a girl who has found ways to cope with the shocking abuse inflicted on her by her parents and other kids. The character is always played with great humor and dignity, amidst harrowing circumstances that could cripple most of us. The mother is played by the comedienne Mo’Nique, whose performance is receiving its own share of Oscar buzz, particularly for a heart-stopping monologue confessional that comes towards the end of the film.

The inevitability of the film’s success was hardly inevitable to Daniels, a producer-turned-director who produced (and many say co-directed) the Oscar-winning MONSTER’S BALL in 2001. “I didn’t know it was going to work out this way”, Daniels confessed in a post-screening interview by film and literary critic Janet Maslin. “Studio execs were brainwashing me, telling me that a film about the sexual abuse of an overweight black teenage girl would never work in the marketplace”, he continued. “For a long while, it looked as if the film would go straight to DVD.”

And then came the Sundance Film Festival….not only did it win the Grand Jury Prize and Audience Award (along with a special nod to the actress Mo’Nique), but the film’s buzz attracted the attention of two high profile opinion makers, the wildly successful African-American filmmaker Tyler Perry and talk show hostess/media czarina Oprah Winfrey, who both have put their considerable clout behind the film and publicly associated it with their respective black and white female audiences. With these two media titans on board and with the strong critical and audience response to the initial Sundance screenings, Lionsgate came on board as distributor at a reported $6 million buy-in. It became clear that this would be positioned as the indie favorite for a major push for the Oscar and other award nods.

But for Daniels, it is the story, not awards glory, that attracted him to the project. “I read the book and it sucker punched me”, he declared. “I knew that world and these people. I begged the author to let me try my hand at making a film out of her material, but at first, she was reluctant….afraid that the film version would detract from the power of the book. However, after she saw my directorial debut SHADOWBOXER, she said that she felt she could trust me to tell this story.”

That Daniels was able to tell this very urban tale, which is unashamedly of its time (1987) and its place (Harlem) and does not shy away from most of its characters speaking in “ghetto speech”, and make it universal, is mainly due to his offbeat casting. “I auditioned over 400 actresses for the role of Precious, looking first at non-professional teenage girls who worked at McDonald’s or other fast food joints”, he explained. “Then one day I was introduced to ‘Gabby’ Sidibe, an articulate college student who looked the part and had a little bit of stage experience, and I knew that I had found my Precious.”

His choice of the comedian and talk show hostess Mo’Nique is also striking, but he found her put-it-all-out-there style and troubling personal background to be the keys for the actress to understand the cruelty and the poignance of the mother, who could easily have been a monstrous cliché. Working with casting director Billy Hopkins (a former boyfriend and the co-parent of his two children), Daniels also made risky moves, inviting his friends Mariah Carey and Lenny Kravitz to take on supporting roles in which their glamorous facades were heavily camouflaged. 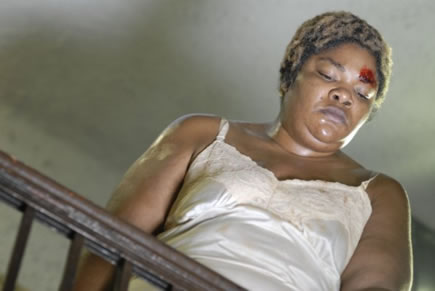 “I didn’t make this film for white America”, Daniels concluded in the on-stage interview. “I really intended it to explore a particular kind of urban black experience which I know about from my own past and family. But by telling my own truth, I realized that this is in fact a universal story that all types of people respond to. That has been the single most astonishing part of this journey, and whatever happens from now on, it has opened my eyes to the new ways that we need to define ourselves and the possibilities that lay ahead for both my community and America as a whole.”