The government of China has lashed out at the Palm Springs Festival for scheduling a showing of  “The Sun Behind the Clouds: Tibet’s Struggle for Freedom.” 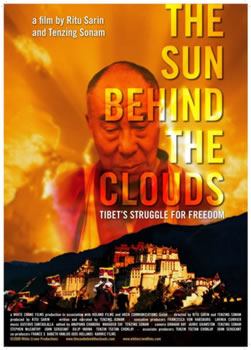 The documentary about the DaLai Lama and Tibet paints a vicious portrayl of human rights violations by the Chinese. China, which has exerted its censorship powers many times in the past, has told the festival this week that two Chinese films were being withdrawn from its program in protest. There is added furor over the more well known of the two films that were withdrawn: “City of Life and Death” (also known as “Nanjing! Nanjing!”), a critically acclaimed fictionalized account of atrocities committed by the Japanese occupiers of Nanjing in 1937. Written and directed by Lu Chuan one of China’s top box office successes, the film has drawn criticism in China for what some people there have called its sympathetic portrayal of Japanese characters.