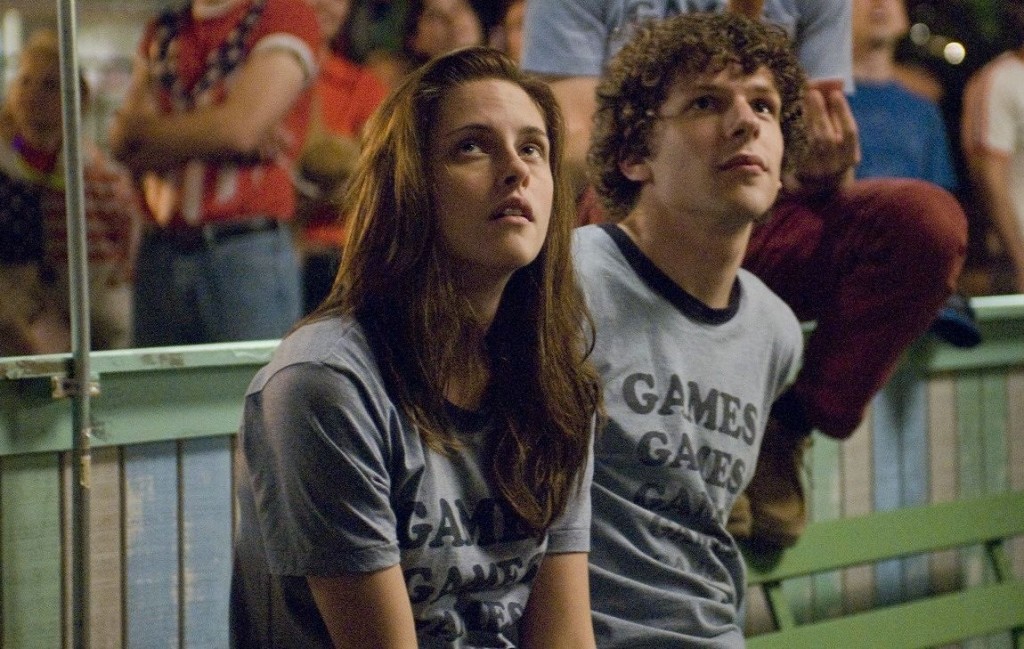 American Ultra is a farcical comedy with an insane, ridiculous, nonsensical, comedic storyline that goes nowhere but it is fun to watch.  The plot is very simple. It’s all about a guy, Mike Howell (Jesse Eisenberg) who’s a major stoner, works in a small town, suffers from anxiety attacks when trying to leave for greener pastures and who just so happens to be a sleeper agent for the CIA.  And of course for no intelligent reason the CIA’s Section head, Adrian Yates the story’s “villain” (Topher Grace, remember he was also the villain in Spider-Man 3) now wants to terminate him, permanently.  When the CIA actually attempts to terminate the sleeper agent, he self-activates himself and becomes a killing machine.  This is where the zaniness starts.  Think of the “Bourne Legacy” meets “Zombieland” and you get the idea.

Jesse Eisenberg (Now You See Me, The Social Network) reprises his role from Zombieland and literally kills almost anything that moves while protecting his stoner girlfriend Phoebe Larson (Kristen Stewart) who actually also works for the CIA and is his handler.  Throw in his stoner supplier Rose (John Leguizamo) and a psychotic demented killer also working for the CIA named Laughter (Walton Coggins, Justified, Cowboys & Aliens) and you got a wild and zany cast.  It is so over-the-top in nonsense that reality goes by the wayside and total lunacy takes.

The movie starts off on a serious note but then just falls apart and transforms into a stoner comedy making no sense whatsoever. If you enjoyed the style of Zombieland you should like this movie, its right up your alley.  If you’re looking for a serious spy, espionage, intrigue type of movie, forget it.  You will never find here.

I enjoyed this film.  At the time I saw it I actually needed it. It was similar to getting a massage.  I was very heavily involved in editing manuscripts, generating PowerPoint presentations, building websites, debugging Windows 10 and I just needed to remove some stress and let my brain melt down into a bowl of mush and this provided the perfect vehicle.  Don’t expect much from this film, enjoy it for what it is, a new presentation of an old story.  We’ve seen it before but it’s just funny to watch.