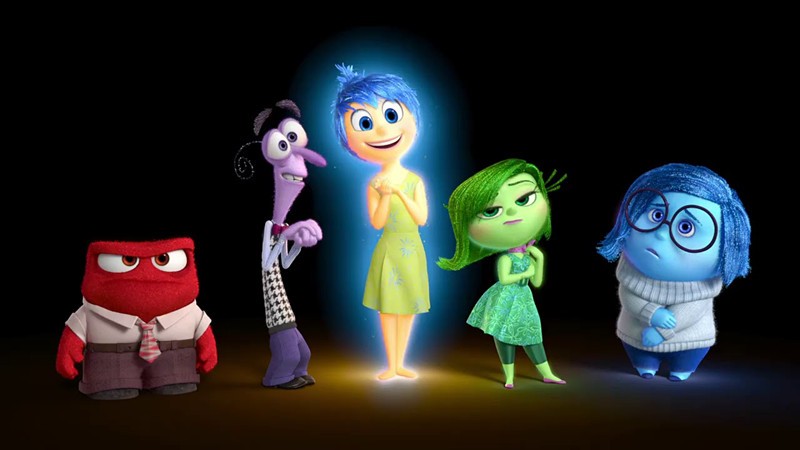 I don’t know if you can see me right know but if you could, you would clearly see that I am speechless!  I mean my mouth is open but no words are coming out of my mouth!  Why?  Because I just came from previewing the movie Inside Out by Pixar with Peter Docter and Ronald Del Carmen directing and I am literally blown away. I am at a loss for words. In fact, my mouth was wide open while I was watching the movie.

I believe that I have seen every Pixar film ever produced and I still am amazed at just how they do it.  Every time at bat it’s a home run!  Inside Out is another major hit for the studio.  The creative staff at Pixar that comes up with the stories, plots, subplots, diversions, heart-touching experiences in their films are just not things that most people could ever conceive.

The film is about what goes on inside of our brain and the 5 emotions that make up who we are. Joy, Sadness, Fear, Disgust and Anger with voices from Amy Poehler, Phyliss Smith, Bill Hader, Mindy Kaling and Lewis Black (who’s over the top).  It goes from infancy to adulthood.  It shows the emotional conflict in all of us with lots of stored memories that we refer to all the time without even knowing we’re doing it.

While the film is geared towards kids, being Pixar, its adult in nature, theme and dialogue.  As they say in the circus “…Children of all ages…” will love this film and the adults who bring them will love it as well.  It’s truly enjoyable for the entire family.  The film is released in both 2D and 3D and the 3D graphics are just fabulous.  The selection of colors, designs, intricacies, characters, backgrounds, etc. Are simply off the chart.  International audiences will love it just for the constant action and the over the top images.  And the music is great as well.

I know I’m supposed to rate movies from 1 to 4 stars (A-D) but in this case I cannot.  This film is so amazing, I have to give it an ‘S’ for Sensational, Stunning, Superior, Super and See this movie!  For a speechless person, I hope that I got my point across.

Inside Out is being released with a Pixar Short titled LAVA which can best be described as a blissful animated short which will leave you heartfelt.