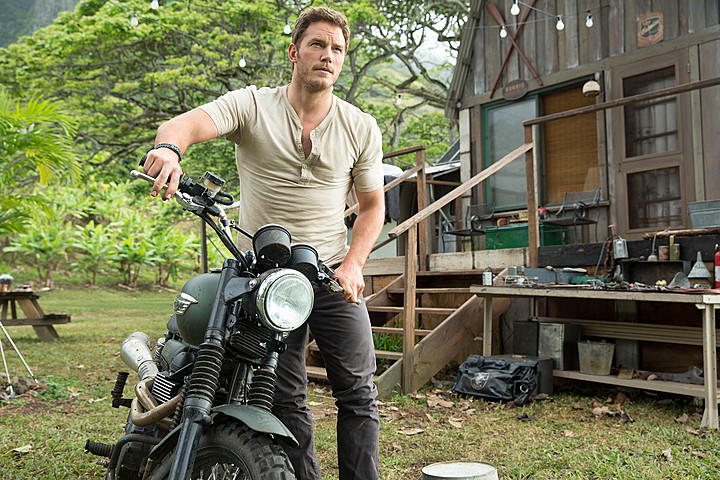 A forth “Jurassic Park” movie has been in production hell for so long that eventually interest faded. Actually, after “The Lost World” and “Jurassic Park III,” most people likely didn’t have much interest to start with. When the trailer for “Jurassic World” hit, though, they started to sing a different tune. Not only did it look like this could be a worthy successor to “Jurassic Park,” but the most tremendous movie in the entire franchise. “Jurassic World” lives up to its mind-blowing trailer, not to mention its title.

Back in 1993, blockbusters didn’t get any bigger than “Jurassic Park.” While Steven Spielberg’s glorious creature feature is still probably the best in the series, “Jurassic World” manages to make its setting feel grander than ever imaginable. From the second we enter the park gates with John Williams’ iconic theme booming, the audience is overcome with a chilling sense of nostalgia and enormity. Especially on the IMAX screen, the dinosaurs harbor a vast presence that ranges from awe-inspiring to frightening.

Chris Pratt broke out as an unlikely action hero last year in “Guardians of the Galaxy.” He continues to shine here with the perfect balance of everyman, wise guy, and badass as Owen, a Jurassic World employ who’s succeeded in training a pack of raptors. When a genetically engineered dinosaur called Indominus rex breaks loose, Owen is the ideal candidate to round the beast up. Accompanying Owen is the park’s workaholic operations manager, Claire, who is simultaneously stuck up and lovable thanks to Bryce Dallas Howard’s performance. When her nephews (Ty Simpkins and Nick Robinson) are put in danger, she goes from tightly wound businesswoman to maternal survivalist.

“Jurassic World” revisits many of the original picture’s themes, such as scientists playing god and parenting. At the same time, the film explores numerous new intriguing themes, like animal instinct and the bond people can develop with beasts. There’s also plenty of modern technology integrated into the plot, although it is odd that dinosaur cloning existed before smart phones in this universe. Director Colin Trevorrow and Derek Connolly of “Safety Not Guaranteed” along with Rick Jaffa and Amanda Silver of the exceptional “Dawn of the Planet of the Apes” penned the screenplay. They give us everything one would want from a “Jurassic Park” sequel over twenty years in the making with great moments of depth, wonder, clever callbacks, and subtle humor.

Of course what people want above all else all from “Jurassic World” is dinosaurs. It totally delivers in that department through incredible buildup and payoff. The filmmakers go beyond simply having the characters run away from these prehistoric monsters. They think of a ton of inventive scenarios involving Gryospheres, aerial pterodactyl assaults, and a final showdown that’ll have you applauding. Every time you think “Jurassic World” has topped itself with one set piece, it’s awesomeness keeps accumulating until the film plays its trump card.

Some blatant product placement and a cliché villain played by Vincent D’Onofrio aside, this is stellar summer entertainment from start to finish. Lately, we’ve been getting countless remakes, reboots, and belated sequels. “Jurassic World,” as well as “Mad Max: Fury Road,” is a textbook example of how to revive a franchise, paying homage to predecessors while also being fresh. The park has been officially reopened and chances are you’ll want to go for a second ride immediately after.