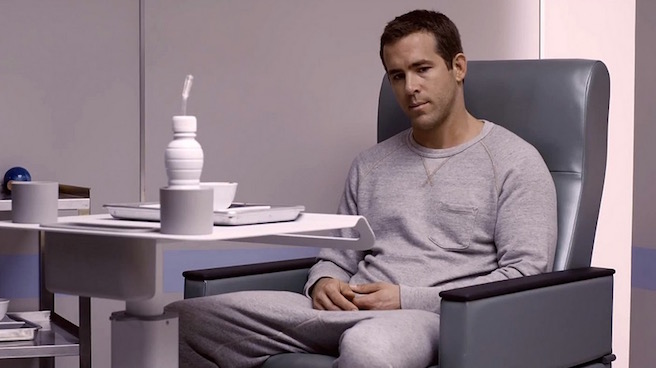 At a recent conference of surgeons, Italian neuroscientist Dr. Sergio Canavero said he was on the verge of transplanting a live person’s head onto another body. He even has a volunteer: Valery Spiridonov, 30, a Russian computer scientist with a rare, genetic muscle-wasting disease called spinal muscular atrophy. All he needs is American help.

Why not appeal to private individuals with billions of dollars? Forbes Magazine notes that in 2015 the number of billionaires around the world expanded to a record 1,826, including 290 newcomers. Almost two-thirds of billionaires are over 60 years old.

Technical barriers to grafting one person’s head onto another person’s body can now be overcome, says Canavero, a member of the Turin Advanced Neuromodulation Group. The procedure is modeled on successful head transplants which have been carried out in animals since 1970. The one problem with these transplants was that scientists were unable to connect the animals’ spinal cords to their donor bodies, leaving them paralyzed below the point of transplant. But, says Canavero, recent advances in re-connecting spinal cords that are surgically severed mean that it should be technically feasible to do it in humans.

Kirk Kerkovian recently died at 98 years old. His net worth was $3.9 billion. Sumner Redstone is 92 years old and is hooked up to a feeding tube. He looks good for someone who should have died 20 years ago. What keeps these men living so long? Good genes, a healthy lifestyle, good medical care, or, in my opinion, their ruthless refusal to die? They would answer the question “What is best in life?” exactly as Conan the Barbarian did, saying: “Crush your enemies. See them driven before you. Hear the lamentations of their women.”

It’s an insult to achieve so much and then die. Isn’t it?

The Egyptian Pharaohs and Chinese Emperors had it right – take it all with you.

Damian Hale (Ben Kingsley) is a New York businessman who, regardless of his advanced age and immense wealth, is still a ruthless, hungry entrepreneur. We are introduced to Damian meeting a young, fresh, rival competitor. Damian shows his narcissistic need not only to win but he must destroy the young man’s future as well.

The lust to obliterate all comers, amass wealth and acquire things seems to be the only pleasure in Damian’s empty life. He is estranged from his daughter Claire (Michele Dockery), who, of course, runs a not-for-profit staffed by volunteers. She doesn’t want his money. He does have a magnificent, over-the-top city mansion devouring several floors of prime Manhattan real estate.

Damian should be taking it easy – he has terminal cancer.

Damian is slipped a note to investigate a company. He finds out that for $500 million a super-secret scientific institute, run by Dr. Albright (Matthew Goode), will transfer his brain into a newly manufactured, young and healthy body. He’ll have to be monitored and be evaluated once a week. He will need a special drug to stabilize his new self.

Damien signs on and his funeral goes well. He’s publicly dead. When he wakes, he has a brand new body –he’s taller, much more handsome, and is given a new identity. He’s Ryan Reynolds with enormous wealth and his ego intact. As New Damian, life as Ryan Reynolds has its advantages – he takes off for New Orleans. He has a lot of sex and is living the life of a trust-fund scion. Why New Orleans? A plane was going there. In New Orleans, he joins a neighborhood basketball game and meets Anton (Derek Luke) who introduces him to a life of fault-free hedonistic pleasure.

In A Change Of Heart by Claire Sylvia, she relates how after a 1988 heart/lung transplant, she seemed to be acquiring the characteristics, and cravings, of the donor, an 18-year-old boy who had been killed in a motorcycle accident near his home in Maine. This is not a wholly uncommon report.

New Damian (Ryan Reynolds) is getting waking visions that are becoming more and more realistic – they might be real memories. New Damian still has Old Damian’s calculating mind and he wants to know exactly what is happening to him. And why does he need Dr. Albright every week doling out his anti-vision pills?

There is one memory that is so clear, New Damian goes to Missouri to find out if it is based in reality. In America’s heartland, New Damian meets recently widowed Madeline (Natalie Martinez) and her young daughter Anna (Jaynee-Lynne Kinchen). But he is being watched.

On a side note, a psychic friend of mine gave me an address from my Higher Self to my Present Self – did I leave a bundle of gold buried at this address? Without a city, state or country, I will have a lot of research to do. But, one never knows…

When opting for a new body, make sure you legally make your new self your heir.

The screenplay by Alex Pastor and David Pastor poses quite a few surprise twists and is wholly satisfying. The pieces fall into place once the premise is accepted. It’s not such a far-flung premise and it will be the future – if you can afford it.

Kingsley out-acts everyone around him and there is little to find of him in Reynold’s portrayal – they do toss their house keys around in the same manner. Reynolds, who has found a new career course with WOMAN IN GOLD and now this, has matured and is believable. While I cannot go further without some serious spoilers, SELF/LESS has quite a few surprises.

Tarsem Singh directs SELF/LESS as a straight-forward psychological thriller and it is visually impressive. I would have preferred that the filmmakers kept Damian’s reptilian personality as it traveled from Old Damian to New Damian. Perhaps Reynolds and Kingsley were unwilling to demonstrate how selfish their character really was. Damian did not get his wealth by being a fair businessman. He was an absent father. Old Damian’s killer trait never seemed to make the leap to New Damian.

Consider the case of King Bhumibol Adulyadej, Thailand’s monarch since 1946. The 87-year-old king’s health has long been in serious decline and he has rarely been seen in public in nearly a decade. He did make a rare public appearance marking the 65th anniversary of his coronation this past May. His death will likely cause a political crisis, since his heir apparent, Crown Prince Vajiralongkorn, is extremely unpopular. The persistent rumor is that King Bhumibol is being kept alive as long as possible, stalling Vajiralongkorn being crowned king.