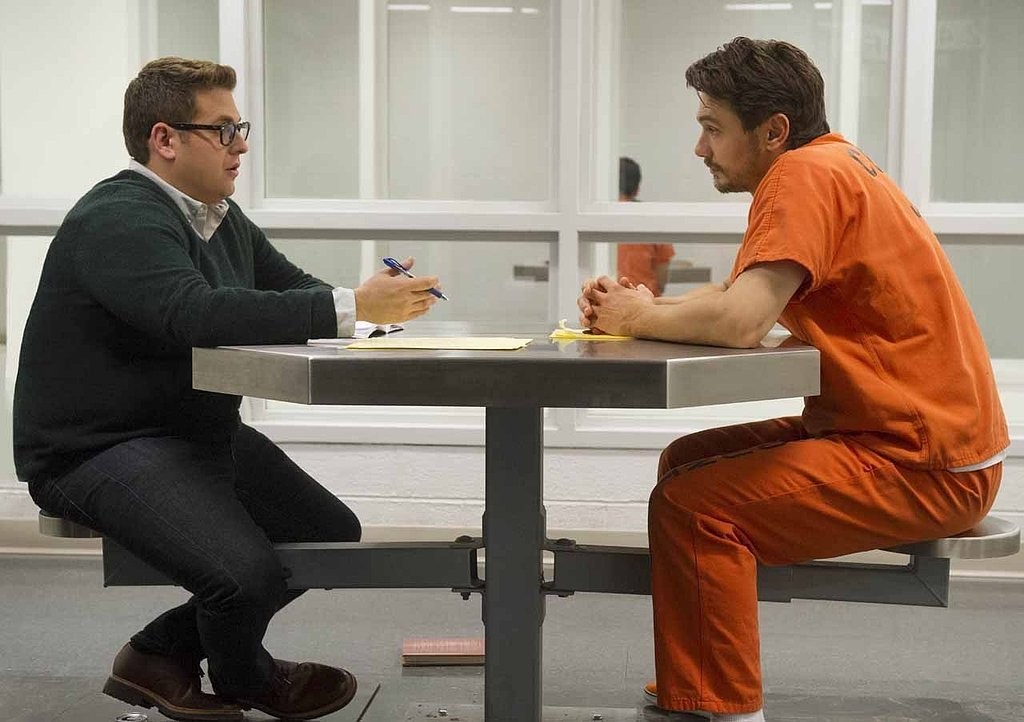 Jonah Hill played Danny Azoff in THE WOLF OF WALL STREET (2013) opposite Leonardo DiCaprio and directed by Martin Scorsese and played Peter Brand in MONEYBALL (2011) opposite Brad Pitt and directed by Bennett Miller.

Has any actor or actress done a lousy job in a Martin Scorsese film? He was able to pull out Sharon Stone’s second and last terrific performance.

No director – outside of outlier Martin Scorsese – directs a star. It’s damn rude. Margot Robbie acknowledged this in an Entertainment Weekly story (02/27/2015). Robbie talked about the difference in her career now (after THE WOLF OF WALL STREET) from when she started acting in an Australian soap opera. “I was actually way better [of an actress then] than I am now,” she says. “Now it’s like, ‘Are you ready, Margot?” Then, it was ‘We have three minutes to shoot this, and on the word “they” I want one tear [to roll] down your left cheek.’”

I bring this up because there is such a difference between Hill’s two performances I cited above and his performance in TRUE STORY.

Mike Finkel (Jonah Hill) is a celebrated New York Times reporter. He has gotten over 10 covers of the Time’s Sunday Magazine. He is the Times golden boy. By now Finkel knows exactly what makes a cover story. He is sure his new piece for the cover, “Is Youssouf Malé a Slave?”, featuring the story of one young African boy who was used for slave labor in a cocoa plantation along the Ivory Coast, will get him a Pulitzer Prize. But his facts – the entire story is a conflation – and the Times knows it. He gets fired and is a pariah in journalism’s close-ranks club. No one will hire him. The New York Times has to print a retraction.

Finkel goes home to Montana and the waiting arms of his wife Jill (Felicity Jones) who is the appropriate Hollywood-approved adoring wife of the star of a film. Jill has a job so she doesn’t worry about Mike getting another job or his lying to his bosses and the public.

Will she have the Youssouf cover framed like the rest of them?

Jill is so worshipful that I kept thinking she has a lover and will leave Mike so she doesn’t care about him losing his job or his indifference to her.

Things pick up for Mike when he is told that an accused killer – wanted for the murder of his wife and two small children, Chris Longo (James Franco) – was arrested in Mexico using his name.

Probably dreaming of fame and money at his very own Truman Capote-Perry Edward Smith collaboration, he starts visiting Longo in jail. It will be Mike’s very own In Cold Blood but without the persistent rumors of an intense sexual relationship.

Longo agrees to help Mike write a book about the murders as long as Mike will only publish the book after the trial and he will teach Longo how to write.

While neither man mentions In Cold Blood in TRUE STORY, they probably did in real life. Finkel pitches the book to his publisher and it’s a go – he gets a big advance.

While Longo tells Mike he used his identity because he was a fan of his writing, I am sure that Longo – recalling how Capote befriended a killer and wrote an enormously influential book on his case – choose him knowing he needed a redeeming, career-saving gig. Longo needed someone to put money in his commissary account. And run errands. Longo writes Mike voluminous letters that he knows will be studied and poured over like The Dead Sea Scrolls.

Capote got his killer to describe the murders in detail (while waiting impatiently for him to die for his book’s ending) but Longo never confesses. He keeps telling Mike he is innocent until his trial. This nearly ruins the book! Which has already been sent to the publisher.

James Franco has been acting for a long time and he is also a director. He certainly saddles both sides of Longo’s personality. He’s charming and yet cunningly dangerous. If Matthew McConaughey and Bradley Copper can leap into serious, important film roles, so can Franco. He’s due, even though I loved him in SPRING BREAKERS and THIS IS THE END.

Jonah Hill has to carry TRUE STORY and he has one look – pensive depression. He shows absolutely no chemistry with Jones, who plays her scenes with him as if she was in a movie with a very young Brad Pitt. Franco plays up the dominant (i.e. “top”) position in the relationship and makes frequent intimidating eye contact suggesting he is enjoying Mike’s uneasiness. Hill does not seem to know how to play these scenes with Franco. He has just one look – indignant confusion.

While I admire actors who do not want to be chained to their franchises – Hill has the 21 JUMP STREET sequels – after his Scorsese triumph he should put his money in buying roles in top director’s films. Directors who actually still direct stars. And Hill should stay clear of Woody Allen.

Directed by Rupert Goold – I have the complete Blu-Ray of THE HOLLOW CROWN (he directed Richard II) – it lacks a nasty edge. After all, Longo did commit a heinous crime and slandered his wife’s memory, to boot. There were also a few glaring missteps: I know from having a dear friend in jail that no visitor can bring in a cell phone or wear jewelry and a coat, all things that Jill did when she visited Longo.

TRUE STORY is based on a book by Michael Finkel, so both he and Chris Longo got what they wanted out of their collaboration. Finkel had a book and film made and didn’t have to share any of it with Longo, and Longo got to be famous.