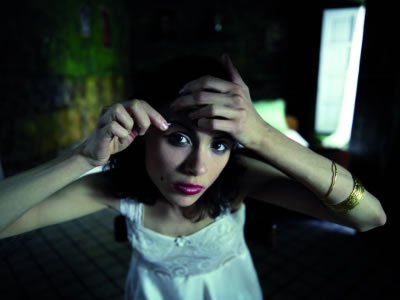 The film, which won top honors at the Venice Film Festival this past summer including the Silver Lion for Best Director, is set against the tumultuous backdrop of the 1953 CIA-backed coup d’état in Iran. The story centers on the destinies of four women who converge in a beautiful orchard, where they find independence, solace and companionship.

The film is being sold internationally by European sales agency The Co-Production Office. The film’s theatrical release is being timed to coincide with a new publication on the artist from Rizzoli International Publications. The book, written by Arthur Danto, an art critic and professor of philosophy, includes a forward by Marina Abramović, the world renowned performance artist who is currently having a retrospective of her work at the Museum of Modern Art in New York.

The book explores Neshat’s photography and video works, including the celebrated Women Of Allah series, a landmark group of photos that feature Muslim women wearing chadors and brandishing firearms.

The film also features striking visuals with women, usually under the radar in Iranian society, front and center. “This film is visually arresting”, annoucned IndiePix President Bob Alexander in a prepared statement. “Every frame is a powerful image that draws us into the story with its beauty — and every scene engages us in the human drama of individual and social struggles.”

For more information on the film, visit the website: www.womenwithoutmenfilm.com