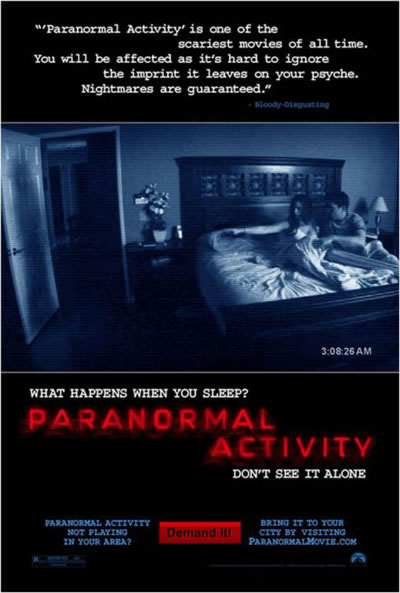 Betting heavily on fanboy  fever for the micro-budgetedn (some say $15,000) ghost story, the studio is expected to send  the film into a boxoffice buzz saw on Oct. 23. That’s when Lionsgate will release its horror sequel “Saw 6,” and Par will broaden “Paranormal Activity”  to 2000 screeens. Promoted largely via viral marketing, the film  posted an amazing  $7.9 million from 160 playdates last weekend. The inexpensive Slamdance Film Festival acquisition totes a $9.1 million cume including prior midnight-only engagements.

The situation has some recalling the “Blair Witch Project” My students at UNLV Film were positive but skeptical it will match “The Witch”.