During their 11-month run on the At The Movies, Ben Lyons and Ben Mankiewicz were the subject of savage criticism often from other film critics. As critic Matt Singer of IFC said to me at Cinevegas “the two Bens obviously don’t like each other”. 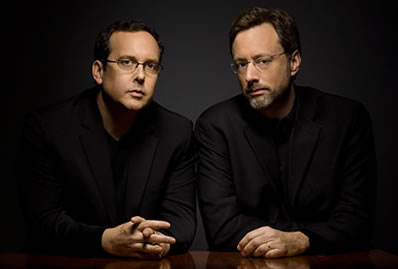 Well someone at Disney finally came to their senses and yanked them off the air the way broadcasters do when they replace a failing show.  The new team will smarten things up a whole lot as the Chicago Tribune’s Michael Phillips and the New York Times’ A.O. Scott are the new hosts of the  legendary syndicated show that once featured Siskel and Ebert.  Check your local listings this coming Labor Day weekend for the debut of the new team.  Break-a-leg guys!