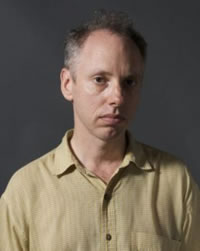 It’s been nearly five years since Todd Solondz, one of American independent cinema’s most respected (and controversial) auteurs, has been seen at a film festival. His last film PALINDROMES (2004) premiered at the Venice Film Festival but was roundly hissed by most film critics and its subsequent release was very anemic. After his earlier successes, including his debut WELCOME TO THE DOLLHOUSE (1995), the heartfelt and uncomfortably intimate HAPPINESS (1998) and the less well received STORYTELLING (2001), Solondz was being dismissed by some industry watchers as a one-masterwork wunderkind whose future was far from certain.

Well, Solondz is back in rare form with his latest film LIFE DURING WARTIME, which again world premiered in Venice, but with a decidedly different response, winning the Best Screenplay prize. The film, which screened last month in Toronto, has also wowed audiences and critics at the Telluride Film Festival and at the New York Film Festival this week.

LIFE DURING WARTIME has been described by Solondz as a “quasi-sequel” to HAPPINESS, his celebrated tour-de-force of a set of sisters and the odd relationships they generate in a mix of tragedy, comedy and wistfulness. The new film also revolves around the Jordan sisters (although they are played by different actresses), a trio of women whose main bond is their dissatisfaction with life, love and the possibility of change. Solondz uses a fluid editing technique to tell their individual stories in parallel, rather than tying them in together.

Shirley Henderson plays Joy, a young woman with an unstable relationship with her mate (played by Michael Kenneth Williams). Alison Janney plays her sister Trish, who struggles with the trauma of her ex-husband’s prison incarceration and his history of pedophilia, while attempting to turn the page by dating an older man (Michael Lerner). Ally Sheedy plays the third sister, Helen, whose life seems on track but who is just as frustrated. The off-kilter cast also includes Ciaran Hinds, Paul Rubens (the former Peewee Herman), Charlotte Rampling, Gaby Hoffman and Rene Taylor.

Solondz mixes styles and moods in free abandon, creating a satiric yet humanistic edge to the desperation of these characters and the people who orbit their lives. The film also touches on the narrative themes of his earlier films, including pedophilia, suicide, suburban discontent and overall malaise. He tempers the somewhat gloomy atmosphere with a twisted wit that unveils the absurdity of most of life’s most trying situations.

While the film has been selling well internationally, it has yet to find a US distributor, although the mostly positive response in Toronto and New York should generate news of a deal shortly. Certainly a quirky ride into the heart of darkness of life’s mysteries, the film does balance its gloom with subversive perspective that should resonate well with discriminating audiences. Whatever happens, Solondz is officially back….and in fine form.