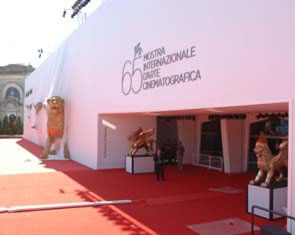 The Venice Film Festival  is the oldest film festival in the world. Founded by Count Giuseppe Volpi di Misurata in 1932,  the festival has since taken place every year in late August or early September on the island of the Lido, Venice, Italy. Screenings take place in the historic Palazzo del Cinema on the Lungomare Marconi. It is one of the world’s most prestigious film festivals and is part of the Venice Biennale, a major biennial exhibition and festival for contemporary art.

The 66th Venice International Film Festival will be held from 2 September to 12 September 2009, with Ang Lee as president of the jury.

Out of Competition: Oliver Stone‘s South of the Border, a Hugo Chavez documentary; Grant Heslov‘s The Men Who Stare at Goats, Joe Dante‘s The Hole and Steven Soderbergh‘s The Informant!.