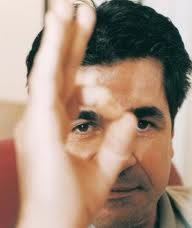 Venice Days(Giornate degli Autori), a special section of the upcoming 67th edition of the Venice Film Festival, will host the World Premiere of Iranian director Jafar Panahi’s latest work, The Accordion. The film, produced by ART for The World as part of the new film project “THEN AND NOW, Beyond Borders and Differences” based on article 18 of the Universal Declaration of Human Rights, is a short film that stresses the rights of “freedom of thought, conscience and religion”. Shot in Teheran, the film will screen as part of the Opening Day ceremonies of the Venice Days.

The short film tells the story of two young street musicians whose accordion is taken away from them, due to an accident. This brief and forceful tale portrays the Iranian director’s entire artistic world, and is a metaphor for the new generations who, led by understanding, prefer solidarity over conflicts.

The film will screen on September 1 at the Palazzo del Cinema on the Lido in the historic city. On the following day, a special panel with Jafar Panahi and his friend, the Iranian actor and filmmaker Mazdak Taebi (who lives and works in Toronto) will take place, reinforcing the topics explored in his body of work. Panahi will also offer a Master Class with young cinephiles from the European Union countries.

“I am a social-minded filmmaker”, Panahi commented in the official press release. “I am sensitive to every new phenomenon which occurs in my society. Of course I react to it and, perhaps, The Accordion represents my reaction to the events surrounding me, and my way of observing reality.”

One of the most influential filmmakers in the Iranian New Wave, Panahi’s films have won critical plaudits around the world and have earned numerous prizes, including the Caméra d’or at Cannes for his debut feature The White Balloon (1995) and the Golden Leopard at Locarno for The Mirror (1997). He has also won the Golden Lion at Venice for The Circle (2000), a film that remains banned in his home country; the Jury Prize at Cannes’ Un Certain Regard and the Golden Hugo in Chicago for Crimson Gold (2003), which is also banned in Iran; and the Silver Bear at Berlin for Offside (2006).

The director made headlines this year by being incarcerated by the Iranian government for his outspoken views, which generated an international call for his release by various film directors and international political figures.

In addition to the events in Venice, the director is receiving another salute across the seas in North America. This year’s Montreal World Film Festival will present a retrospective of the director’s films. This will mark a return for the filmmaker, who was president of the jury in 2009. The 2010 Montreal World Film Festival will take place from August 26th to September 6th.