When actor/comedian Billy Crystal takes to the stage of the Kodak Theater on Sunday to host the 84th edition of the Academy Awards, it will be his ninth time at bat (second only to Bob Hope, still the cinequanon host of this spectacle). While the beloved host will certainly make a hit with his musical parodies of this year’s nominees and his gentle satire on Hollywood’s obsessions and behavior, it is important to remember that Crystal was not the first choice for the assignment and came to the rescue as a pinch hitter when things went suddenly askew a few months ago. 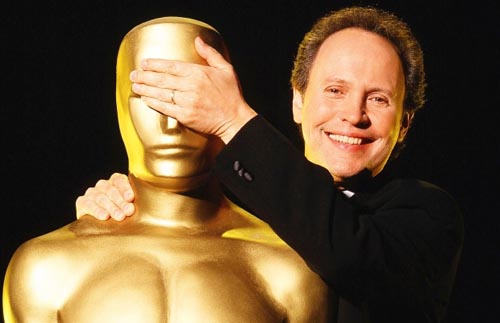 The Academy had a different approach in mind. It had hired director/producer Brett Ratner (RUSH HOUR) to bring some contemporary cache to the event and to draw in a more youthful audience. Ratner, whose low-brow Hollywood films were especially embraced by the 18-49 set, had never managed an awards show and has a reputation (apparently earned) for obnoxious snobbery and locker room humor. When he prevailed on his TOWER HEIST star Eddie Murphy to take up the role as broadcast host, the first time he would have done so, industry insiders were expecting a frat house kind of spectacle of raw and racy humor. Apparently, in order to entice the young audience, one needs to be as raunchy as a Super Bowl commercial. Well, things self-destructed in November, when Ratner spouted an anti-gay slur at a question and answer session following a screening of TOWER HEIST that went viral in minutes on the internet. Saying that “rehearsing is for fags” the pathologically insensitive lout also made a point of boasting on the Howard Stern radio show about his physical prowess with women, who he referred to as bitches. Now, the audience that the Academy was looking to attract is hardly offended by these kind of remarks, but the Oscar core audience (which tends to be older and rather gayer) did not find any of this amusing. Although Murphy did not have a similar faux pas, he has been known for his homophobic and misogynist comments in the past that apparently would have given license to some “low” comments on the live Oscar broadcast (which is ironically scripted by mostly gay men). 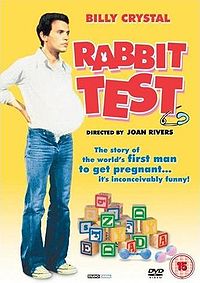 In a matter of days, the Academy realized the error of its way and allowed Ratner to resign, which then signaled a parallel resignation from Murphy, who apparently had not been keen on the idea of hosting from the start and did it as a favor to his directing buddy (Eddie, is your career on such a fast track that you couldn’t benefit from a 1 billion audience share?). With less than four months until the actual ceremonies, and some new hires at the Academy like Dawn Hudson (previously the head of Film Independent and the Independent Spirit Awards) apparently behind the move to make the Oscars more “relevant”, the Board had to move quickly and decisively. Rather than repeating last year’s debacle (and desperate attempt to snag a younger audience) of luring young Hollywood to host the awards (specifically Anne Hathaway and James Franco, whose on screen chemistry was nil and whose supposed drawing power made last year’s telecast among the least watched in two decades). So, to the rescue comes Billy Crystal, Mr. Reliable, Mr. Borscht Belt Shtick, who will give the proceedings the necessary nostalgia quotient that is its most attractive commodity. 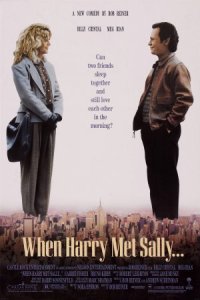 The New York-born Crystal became one of the stars of the standup circuit in the 1970s and made his historic mark as television’s first gay character in the satire SOAP. He solidified his appeal by appearing as a cast member on the television variety series SATURDAY NIGHT LIVE for several seasons in the mid-1980s. His most famous recurring sketch was his parody of Latin actor Fernando Lamas, playing a smarmy talk show host whose catchphrase, “You look… mahvelous!,” became a media sensation. His big screen career began as the world’s first pregnant man in RABBIT TEST, an underrated comedy directed by comic legend Joan Rivers in 1978. After a brief appearance in Rob Reiner’s 1984 “rockumentary” THIS IS SPINAL TAP and the cult classic THE PRINCESS BRIDGE (1987), Crystal really connected on his third collaboration with Reiner, the classic romantic comedy WHEN HARRY MET SALLY (1989), for which he was nominated for a Golden Globe. He got a second Golden Globe nomination in 1991 for the buddy comedy CITY SLICKERS. His movie career has been a mixed bag, with some notable stumbles but also critical and audience hits like his pairing with Robert De Niro in ANALYZE THIS (1999) and ANALYZE THAT (2002). He has also distinguished himself with his acting chops, having written, directed and starred in the hits MR. SATURDAY NIGHT (1992) and FORGET PARIS (1995). As noteworthy as his comedy styling is his philanthropic work with Comic Relief, a charity event to help the homeless, in which he was paired with fellow comedians Whoopi Goldberg and Robin Williams.

So, not only does Crystal have the Hollywood bona fides to be Oscar’s court jester, but his innate appeal across many generations of viewers makes him an ideal host, who does not look to tamper too much with the Oscar mold that has been in place for 60 years since the event was first telecast live in the 1950s. So, a word to the Academy……it’s ok to try and expand the audience by bringing in the young folks. Have presenters that they care about (Daniel Radcliffe, Robert Pattison, Kristin Stewart, etc.) but don’t forget about us “geezers” who actually like the fact that the whole affair is rather bloated and too self-congratulatory. For us, the Oscars have always been rather cheesy with a slight boring factor as it enters its third hour of self-importance and self-indulgence. In this sense, Crystal is the ideal ringmaster, who will bring in enough gentle zingers to keep the show moving. We (or I) like our Oscars a bit fusty……they are the one tradition that does not need redressing and too much fancy tampering. Besides, the kids will be too busy texting or twittering to notice.