The world’s biggest art film festival has just ended in Montreal. The 27th edition of FIFA (Festival International du Film sur l’Art–FIFA, at www.artififa.com), attracts over 270 films from 35 countries, in an eclectic range of categories.

Founder-director of FIFA, the indefatigable René Rozon, and his team have gone all over to garner a fascinating collection of films for the 11-day festival. Films tend to be categorized principally by director rather than subject–e.g. films on Didion, Fanon, Herzog, Minnelli,, Pavarotti, Serra, and Vidal are by British film-makers, so are listed as British.

The main categories of course are by subject —Cartoon Strip, Collector, Photography as well as Dance, Music, Sculpture etc. Architecture always gets plenty of attention—some of the screenings take place in one of Montreal’s jewels, the Canadian Centre of Architecture (the CCA)–and regular participants such as Scottish director Murray Grigor’s film on was well-received (Grigor recently finished collaborating on a book on Scotland with fellow Scot, Sean Connery).

Obviously not all films can appeal to one person, and some seem self-indulgent, or have problems that need working out. Any critical observer is bound to be disappointed now and again, to dislike the occasional part or film. On the whole, however, the very high standard of FIFA’s selections was maintained.

But films from all over took plaudits. Some quietly effective, sensitive films stood out–Don’t Know, We’ll See: the Work of Karen Karnes was Lucy Massie Phenix’s tribute to her 84-year old Vermont-based potter friend. The camera lovingly follows Karnes’ hands as she shapes her clay.

Summer Sun Winter Moon commemorates the fuss about the bicentenary of Lewis and Clark by gentle irony, looking at the Blackfeet’s tribes determination to survive, and retain their language (very appropriate here in Quebec.). This was not altogether a polished film, but it showed the dignity of the hero, Darrell Kipp. Wonders are Many: The Making of Doctor Atomic is a comprehensive look at the making of the opera based on Oppenheimer’s making of the atomic bomb. It’s a bit long–92 minutes–but whether or not you’ve seen the opera, it repays watching.

Music was big this year–4 films on Karajan alone–but so too was sculpture, for instance: the film on Anthony Caro won a prize (see side-bar for awards). Dance too: one of the Nureyev showed some rare early Russian film of him.

Some themes were prominent. As Rene Rozon points out: “The wave of interest in black culture set off by the Obama phenomenon has swept through the 27th FIFA, which profiles a number of outstanding black artists from the fields of literature (Zora Neale Hurston,) and music (James Brown, Charlie Parker and Thelonius Monk). On a similar topic, the historic representation of black people in the paintings of Dutch and Flemish artists from the 17th century onward is examined in the film Painted Black.”

The nine venues are in in central Montreal, within easy walking distance of each other–the CCA is a quick ride on the Metro, Montreal’s speedy and efficient subway.

Montreal is a festival city, and other filmfests going on practically at the same time included the Human Rights Film Festival and, for Montreal has a very large immigrant community, Festivalisimo, Latino films, itself in its 10th year (the Peruvian consulate thoughtfully put on Peruvian food after the Peruvian films)

Back at FIFA, one of the values of a festival is that of interacting with visiting film-makers. In the plush Cinematheque Quebecoise, speaking on the large and impressive collection sent by the Arts Council of England, John Wyver, one of England’s most experienced and applauded arts media producers spoke after the excellent film he produced, Dance Britannia;Dancehall Days, 1900-1945. In his recent book Vision On, Film, Television and the Arts in Britain, Wyver wrote about productions which were “revelatory and demonstrate how thrilling imaginative versions of theatre can be when translated intelligently to the screen.”

Release for many of these films will be, at best, specialised tv channels, arts houses, colllege venues, other festivals. Yet another reason to get to festivals such as FIFA as and when you can. Some of your friends might think you’re off to FIFA, the World Soccer Cup, but Montreal’s FIFA, while not yet attracting quite the same crowds and world attention, is getting up there. (Next year, 2010, it’s scheduled for March 18-28.)

Prizewinners of films in competition 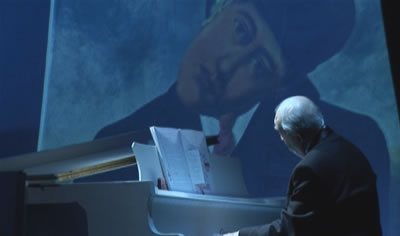 Award for Creativity
Sponsored by the National Film Board of Canada 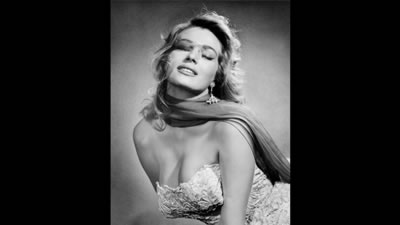 Award for Best Film for Television
Sponsored by Digital Cut