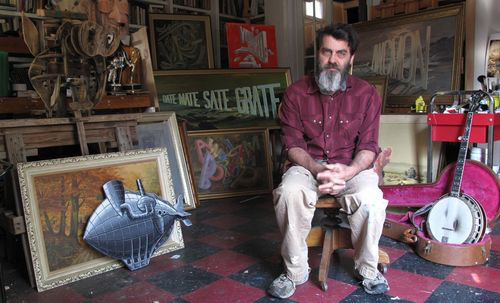 Director Neil Berkely creates a lively profile of artist Wayne White who received his big break creating visual work on the set of 1980’s “Peewee’s Playhouse”, and is currently successful with word paintings where he humorously places words across existing landscape paintings. The artist has perform in multiple artistic disciplines throughout his career. Besides painting he is equally adept at animation and puppetry, (craftsman and performer) as well as banjo picking. He even created the visual design for successful music videos from Smashing Pumpkins (“Tonight, Tonight”) and Peter Gabriel (“Big Time”). However, his success on the wildly successful “Peewee’s Playhouse”, for which the artist won three Emmy Awards, is deservedly given much screen time. Berkely goes to great lengths to include White’s humorous take on the stuffy art world with his creations-which he conveys through his work as a pop artist and also through his seminars, which are inter-cut throughout the doc. However, the success of the documentary for audiences will depend on one’s connection with the artist’s off-the-wall, oftentimes, blue humor. My biggest problem: despite the frantic editing, there was a tendency of the filmmaker to scatter his ideas without a lack of focus, which might cause the viewer to zone out for a while. However, White is an interesting character and his life-story is worth exploring. The film is due to open on a limited release beginning September 7.

Washington-based director Jay Bulger lived for three months with the legendary rock/jazz drummer Ginger Baker in Baker’s home in South Africa to document one of the more unusual characters you’ll ever experience on screen.  Known primarily for his days as the drummer for such rock groups as Cream and Blind Faith, you’ll be surprised to learn that Baker’s passions include polo (investing most of his money transporting dozens of horses across continents) and jazz – while, surprisingly, holding a general disdain for rock and roll.  Considered to be one of the greatest jazz drummers on the planet is lost in his documented tirades that include a closing shot of him breaking the nose of the director as he was preparing to leave his for the U.S.  Terrifically edited, animation is also effectively used by the director to tell Ginger’s life story.  Taking over 5 years to complete, Bulger has included a glorious rock soundtrack and uncovered remarkable archival footage, as well as provided riveting interviews with many of the talented musicians who have played with this ego-driven talent – who has remarkably survived drugs and 4 marriages over his 75 years. The title refers to the warning sign heading the driveway of Baker’s home. A talent extraordinaire whose bite is definitely worse than his bark. The entertaining film is due to be released nationally in the fall. 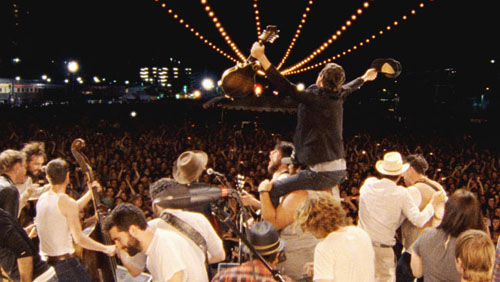 Director Emmett Malloy has created an unusual kind of concert film which is reminiscent of the phenomenal 2003 documentary “Festival Express”  which documented a 1970 train excursion through Canada featuring the top pop musicians of the day including Janice Joplin, The Grateful Dead, & The Band. This time around, three talented folk/roots bands (Mumford and Sons from England , Edward Sharpe and the Magnetic Zeros from LA, and Old Crow Medicine Show from Nashville) travel eight days from California to New Orleans entertaining inside the vintage train cars and outside at six separate concert stops along the way. And the film’s timing couldn’t have been more appropriate with the recent passing of the great Earl Scruggs and Doc Watson, as this is a wonderful way to keep their genre in the public’s psyche. This rousing documentary will have you tapping your feet while experiencing the joyous energy emanating from the screen. Malloy wonderfully photographs the American Southwest scenery along the way (which is almost worth the price of admission), and has expertly recorded the music and the groups’ dynamics, which will assuredly leave you smiling by the end of its too swift 67 minutes. The film won the Headliner Audience Award at SXSW and, on June 26, became the first feature film to be distributed globally in 50 countries for sale and rental on iTunes before a theatrical release. On July 24 the DVD will be available ahead of multiple subscription VOD outlets before it makes its way to conventional TV sometime in early 2013. 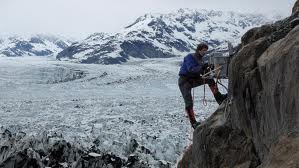 Global warming/climate change has been (excuse the pun) a hot issue ever since 2006’s “Inconvenient Truth” brought it to the forefront of the national psyche.  Scientists have been debating the validity that man is perilously affecting the planet to such a degree that the fate of millions of folks living next to the ocean will be determined by the rising waters due to melting glaciers.  Is this a fact or is it nearly a natural phenomenon that occurs over the course of time?  First time director Jeff Orlowski began in 2007 to follow nature photographer James Balog and his Extreme Ice Survey, the most comprehensive and authoritative photographic glacier study ever undertaken.  The EIS hopes to document the glacier melting phenomena in order to prove once and for all that the threat to our planet is more than nature at work. The director doubles as cinematographer as he meticulously follows Balog for three years to frigid locales in Greenland, Iceland and Alaska, as Balog sets up stationary cameras hoping to record visual proof of the extent of the retreating glaciers. Meanwhile, early camera failures and Balog’s subsequent knee injuries and surgeries threaten to curtail the project. Winner at this year’s Sundance Excellence in Cinematography award, the film is stunningly beautiful, while at the same time, horrifying, as it details for the first time the consequences of the images we are witnessing.  The doc is due to be released in theaters in the fall and is a must-see on the big screen 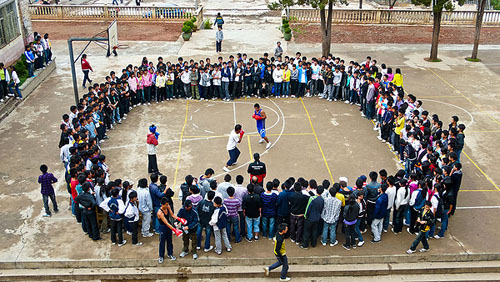 In 1959 Chairman Mao banned the Western sport of boxing in China.  After the cultural revolution, the ban was lifted in the late 80’s, and the sport is now routinely included as part of their standard curriculum.  Director Yung Chang (2007’s award winning “Up the Yangtze”) has focused his camera on the country’s first professional boxer, Qi Moxiang, who is currently a coach in a middle school, and two male students (females are also included in curriculum). One, Yunfei Miao, someday aspires to have a career like one his idols, which include Mohammed Ali and Mike Tyson.  What becomes clear is that failure to succeed could mean a life of drudgery in the tobacco fields instead of obtaining glory in the ring.  Filming from 2009-2011, Chang provides little narrative while following the principals as they hon their craft in pursuit of their dreams. The subjects are also followed outside the ring to focus on their home life and relationship with their family. I had wished that the director had taken more care in filming the fight scenes and the training segments tends to be repetitive. Also, in the end, I had found myself unemotionally involved in the characters. However, Chang provides an interesting, albeit uneven, look into a sport that only recently was allowed to exist in a country that oncehad total disdain for Western values.  The film, which won the Cinematography Award at this year’s Los Angeles Asian Pacific Film Festival, will began a platform release beginning July 6 in New York (it opened in Silver Spring on July 18).