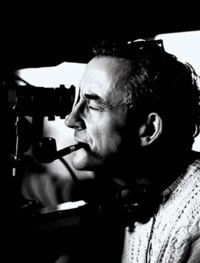 Louis Malle, the legendary French director whose career spanned three decades and whose influence on the language of cinema continues to grow in stature, will be the subject of a mini-retrospective starting New Year’s Day at the Walter Reade Theater in New York, the flagship venue of the Film Society of Lincoln Center.

The week-long celebration will showcase six of the director’s most enduring works, including a special event screening on Wednesday, January 6th, which will include the screening of MY DINNER WITH ANDRE, followed by a question and answer session by actor/writer Wallace Shawn. The film, a personal favorite, focuses on a particularly intimate dinner encounter between Shawn and his friend, the celebrated avant-garde theater director André Gregory. This sumptuous tete-a-tete of two complicated and fascinating minds delivers an unforgettable exchange on the search for truth and the romance of the journey over any destination. Written by the actors and delivered with exceptional skill, MY DINNER WITH ANDRE is a tour-de-force of conversational filmmaking, guided by Malle’s remarkably perceptive camera.

Other celebrated films in the series include the influential New Wave classics THE LOVERS (1958) and THE FIRE WITHIN (1963), Malle’s most loved gem MURMUR OF THE HEART (1971), the three-part documentary epic PHANTOM INDIA (1969) and the director’s final film VANYA ON 42ND STREET (1994). Malle died the following year at the tender age of 63. 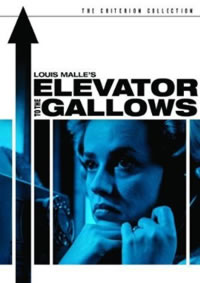 The director, who has never been out of vogue, is in the news again. Japanese producer-distributor Kadokawa Pictures is producing a remake of the director’s 1958 thriller ELEVATOR TO THE GALLOWS. The project marks the first ever Japanese reworking of a French classic and the first remake of the New Wave film, which originally starred Jeanne Moreau and Maurice Ronet. In the remake, Hiroshi Abe stars as a doctor having an affair with the wife (Michiko Kichise) of a medical services company president. The pair scheme to make her husband’s murder look like a suicide. The film is directed by Akira Ogata. Principal photography wrapped at the end of October, with the film slated for a Fall 2010 release (and a probable world premiere at the 2010 Cannes Film Festival).