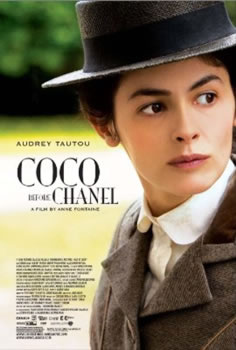 With 2009 coming to a close, which represented a challenge to the specialty distribution market in North America (and everywhere else), French cinema was the sole bright light in what has become a shrinking market for European quality film. While there were some celebrated films from Germany (The Baader Meinhof Complex), Spain (Broken Embraces), Italy (Gomorrah) and the UK (Bright Star, Hunger), their overall box office performances were considered very modest. The BBC co-production An Education has grossed more than $8 million to date, with a continuing theatrical career ahead, particularly if its star Carey Mulligan is the recipient of Best Actress honors in the weeks ahead.

European films must, out of necessity, rely on positive critical acclaim and strong word of mouth. With the clout of critics (particularly newspaper and magazine film scribes) being diluted and the inability of specialty films to stay in theaters long enough for wider audiences to discover them, this has been a difficult one-two punch that has diminished the performance of the films in the North American film. Add to that the recent closures of seveal specialty studio distribution divisions and the economic challenges of independent distributors, and the landscape is definitely a challenging one.

However, several films from France, long a favorite for American audiences, have bucked the trend and done quite well. The most successful foreign language film of the year, Coco Before Chanel, has grossed over $6 million at the American box office. Of the eight foreign-language films that have grossed over $1 million at the box office, most were either full-on French productions (including The Class and Summer Hours) or French co-productions (Sin Nombre, Gomorrah and Departures). The newest Almodovar film, Broken Embraces, a French/Spanish co-production, is still in theaters and has grossed over $1.5 million in less than six weeks (although it will probably not make as much as the Spanish director’s previous Volver).

French filmas have also figured strongly in end of the year critics prizes, including a nod to Yolande Moreau as Best Actress by the Los Angeles Film Critics Association for her role in Seraphine as a naive, underappreciated artist and Summer Hours, which picked up Best Foreign Film trophies from the Boston, New York, Los Angeles and Washington DC film critics.

Hopes are high for French cinema in 2010, with the opening next month of A Prophet, director Jacques Audiard’s hard-hitting prison film, which won the Grand Jury Prize at the Cannes Film Festival and recently won the Best Actor prize at the European Film Awards. The film, which will be released in North America by Sony Pictures Classics, is also nominated for Golden Globe and Independent Spirit Awards and just might be on the Oscar shortlist when the nominations are announced in a few weeks.

Hopes are high that with the American economy staging a modest comeback and the increased revenues to be realized by day-and-date simultaneous releases in theaters and on video-on-demand cable and satellite systems, that a continuing stream of quality European films will continue to reach the American public. These are definitely challenging times but the continued high quality of European cinema finds its own water marks.