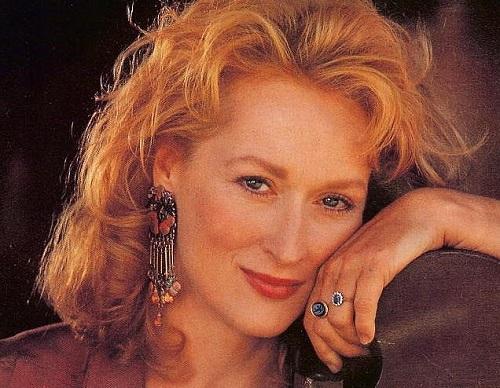 Iconic actress and Oscar-winner Meryl Streep will be awarded an Honorary Golden Bear for Lifetime Achievement at the 62nd Berlin International Film Festival in February. Streep, the most Oscar nominated actress in history, will most likely received an unprecedented 17th nomination for her much praised work as British prime minister Margaret Thatcher in THE IRON LADY. Streep has appeared in over 40 films since her Oscar nominated debut in THE DEER HUNTER (1978) and has amassed an incredible 18 Golden Globe nominations, which have included an unprecedented seven wins. She won her first Oscar in 1979 as Best Supporting Actress in the divorce drama KRAMER VS. KRAMER, and won her only Best Actress Oscar accolade for her haunting work as a Polish concentration camp survivor in SOPHIE’S CHOICE (1982). Among her other celebrated films are MANHATTAN (1979), THE FRENCH LIEUTENANT’S WOMAN (1981), SILKWOOD (1983), OUT OF AFRICA (1985), POSTCARDS FROM THE EDGE (1987), THE BRIDGES OF MADISON COUNTY (1995), THE HOURS (2002), THE DEVIL WEARS PRADA (2006), MAMMA MIA (2008) and JULIA & JULIA (2009). She shared the Berlin Film Festival’s Silver Bear for Best Actress in 2003 with her THE HOURS’ co-stars Nicole Kidman and Julianne Moore. She will be awarded the Honorary Golden Bear at the February 14th screening of THE IRON LADY at the lavish Berlinale Palast.