As the chairman of the Museum Herb Schlosser emphasized at a recent meeting when presenting a status report on the expansion project, the visual media have developed many new production and distribution technologies, expanded their reach by providing more differentiated programs, and grown in their popularity as distinct from the print media. Thus it is very difficult for any museum devoted to the visual media to remain current and contemporary. With more money and time spent by consumers on visual media and less on the traditional print media, the need for educating the public has become more urgent as has the necessity for constantly upgrading facilities. The option of specializing in one technology such as 3D or one thematic avenue like history of film would undermine the mission of providing comprehensive programs and to address complex educational needs. 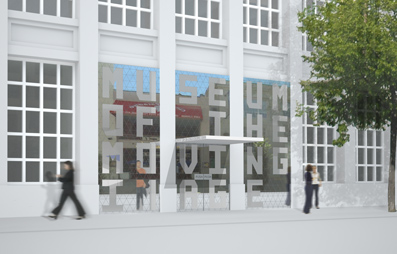 Located in the old Paramount Astoria Studio in Queens, the Museum of the Moving image is the only US institution devoted solely to the history and current state of screen culture in all its manifestations, including production, distribution and marketing. Funded primarily by public agencies with some corporate and foundation support devoted to educational programs, the museum has a permanent collection of more than 130,000 objects from the beginning of the motion picture to today, numerous interactive displays and didactic audio-visual material as well as commissioned art work and a research library. There is an extensive collection of video and computer games. More than 400 films are screened each year including retrospectives of contemporary and classical directors and expert seminars.

The expanded museum will open to their general public in mid January 2011 disposing over 97000 square feet, nearly doubling its size and excelling with a most innovative design executed by Thomas Leeser. He blends the essence of visual media with a non-linear fluid design for the new museum which was conceived in his words “as a capsule for the imaginary voyage of moviemaking”. The new facility will accommodate about 60 000 students each year, avoiding the long waiting lists from past years. All facilities have been upgraded. They include the Tisch Education Center with a digital learning suite and an internet reading room as well as the W. Fox Amphitheater, and the N.J. Paik experimental production studio. A brand new 68-seat screening room has been added which will provide hands on instruction with state of the art technologies. In addition the museum’s vast collection can now be stored on site and facilitate research. Visitors can be accommodated in a new café, frequent the Museum Store for gifts or enjoy the 10, 000 square foot courtyard garden. The new 264-seat main theater is equipped with projection technologies ranging from 16mm and 70mm to high-definition digital 3-D. It is complemented by a 1,700 square-foot video screening area.

Judging from the images of the expanded museum, the comprehensive changes undertaken, and the new additions carry a price tag of $67 million for the expansion (which also covers the costs of the elaborate week long opening of the museum), comes as a real surprise. My guess for the cost was in the $100 million range. The architect and the management team of the museum should be commended for getting so much for the tax payers’ money, since state and city agencies provided the funds. It is also rare that future benefits of tax expenditures in the culture sector are so obvious.

These public funds are well spent on a timely project. Most cultural institutions in the New York boroughs have experienced an attendance decline with the steepest reaching 23% in 2009 as reported by the Brooklyn Museum of Art. Yet the Queens Museum of the Moving Image has been rapidly expanding its audience faring rather well in comparison with some major Manhattan based museums. Its appeal is tied to the growing immersion of our society in visual images, the important educational services the museum provides and last but not least the acumen of those running the museum.