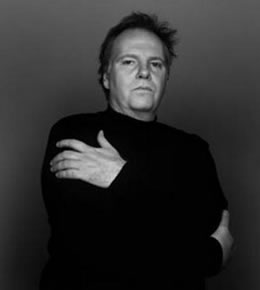 The Canadian filmmaker Guy Maddin is the subject of a Festival Retrospective at the 9th edition of the ERA New Horizons International Film Festival in Wroclaw, Poland this week. His magnum opus BRAIN UPON THE BRAIN was presented last evening at the Wroclaw Opera House, with a chamber orchestra, foley sound artists, individual vocalists and a narrator. The Festival is presenting a nearly all inclusive retrospective of Maddin’s feature film, shorts and television work, giving full dimension to a singular artist.

Living and working in his beloved Winnipeg, an industrial city in the Canadian heartland, Maddin is an artisan who works in a very specific style that gives him a unique signature. Always fascinated by movies, in 1985, he made his first film, THE DEATH FATHER, a surrealist black-and-white16mm short influenced by early silent cinema, particularly the style of master montagist Sergei Eistenstein and his Russian colleagues.

He continued to mine this terrain in his first feature TALES FROM THE GIMLI HOSPITAL (1988), a virtually silent and almost plotless hallucinatory tale of smallpox and necrophilia that made his reputation. His follow up film ARCHANGEL (1990) was, if anything, even stranger……a part-talkie influenced by Luis Buñuel’s L’AGE D’OR, that included inter-titles, mime, dialogue and voice-over. CAREFUL (1992), his first project in color, tells the darkly comic tale of lust, incest and repression in and around a butler school in the Swiss Alps.

After a disasterous fliration with Hollywood with the film TWILIGHT OF THE NYMPHS (1997), Maddin has moved between making short films to experimental pastiches of film, music, opera and fine art, including the stunning short film THE HEART OF THE WORLD (2000) and the autobiographical essay MY WINNIPEG (2007) won the Best Canadian Feature prize at the Toronto Film Festival.

BRAND UPON THE BRAIN is closer to a live theatrical event — a feature-length motion picture screened with the accompaniment of a live orchestra, Foley artists, sound effects technicians and assorted vocalists. Together, they provide the elaborate soundscape for a typically frenetic amalgam of the autobiographical, Freudian and willfully absurd. Maddin, who looks both longingly into the past for inspiration and into the future for illumination, is indeed an artist who is one of a kind.