One of the directors behind this year’s most fascinating sports documentaries shares with Film Festival Today the issues, the difficulties, and the lessons learned in making the behind-the-scenes story of Texas A&M’s move to the Southeastern conference.

In recounting all the political drama, back-room negotiations, and broken promises that stood in their path, director Lindsay Crouch (which is how her name appears on the credits, however we are happy to inform our readers that since her marriage after the film came out, she is now known as Lindsay Crouch Caudle) gives us the extra-ordinary circumstances in making this “60 Minutes-styled” investigation with Andrew Cagle into one of the most controversial moves in college football – revealed in their film, SEC Ready: 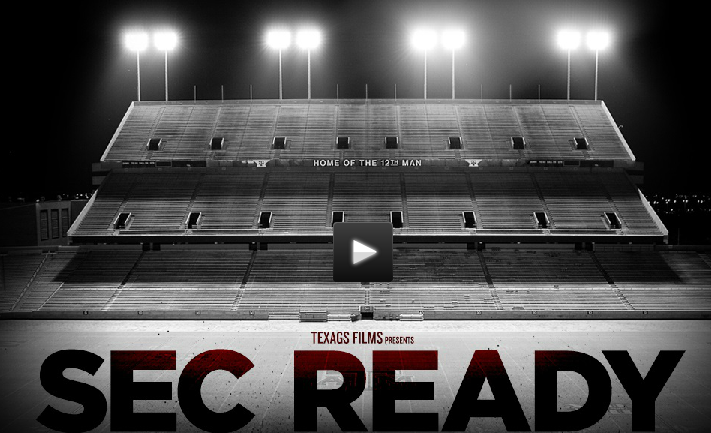 What gave TexAgs the idea to DO this documentary?

“We had a unique advantage of telling the story of A&M’s move to the SEC because TexAgs is a sports media company that has been covering A&M athletics since the early 2000s. Our Executive Producer and President/CEO of TexAgs, Brandon Jones, came up with the idea of making this an actual full-length documentary because TexAgs had been covering the story from the beginning and he thought we would be the perfect outlet to be able to tell the REAL story behind the move.”

Doing a documentary on such a current story – one that is constantly changing and unflolding – is quite difficult, did anything come out of left field, for better or worse?

“The perfect storm occurred in 2012 when Kevin Sumlin and Johnny Manziel came into the mix and the underdog A&M shocked college football in their first season in the SEC, making it an even better story to tell from the A&M perspective. We wanted to be the first to tell this story because it really was a Texas A&M story that had a huge impact on conference realignment and collegiate football as a whole.” 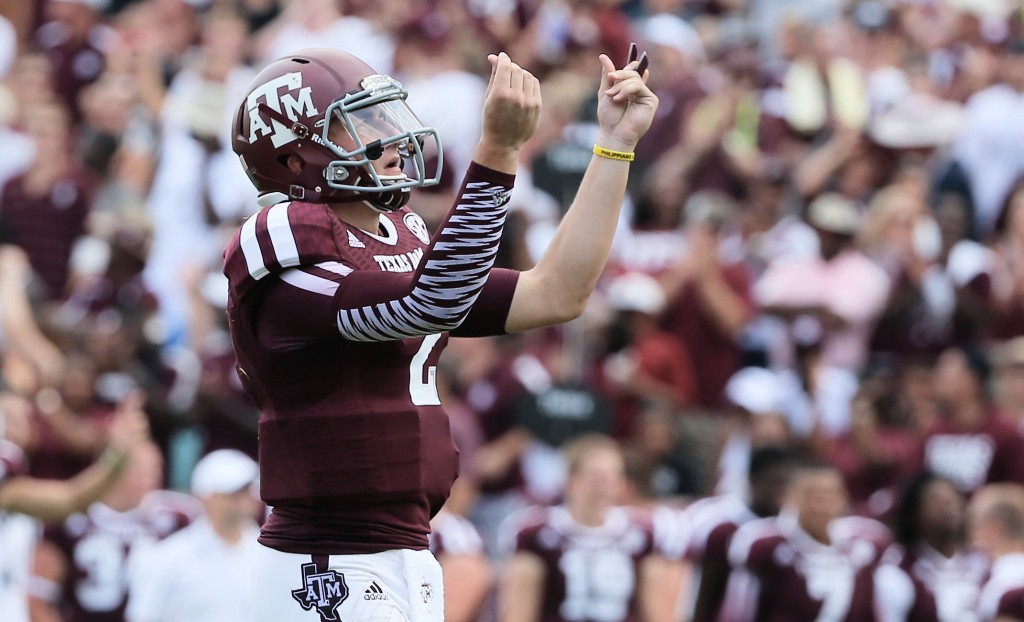 What was the most difficult thing you had to deal with in pro​ducing this film? Either filming-wise, interviewing, editing, or….?

“The most difficult part of doing this film was working under an extremely tight schedule to produce a full-length documentary. I was hired at TexAgs in March of 2014. The movie was released on October 10th, 2014. Andrew and Brandon had shot only 2 interviews by the time I came on board. Our hopes were to release the movie before the start of the 2014 football season because it would be perfect timing with all of the hype around the team and the new football season. But that ended up being a little too ambitious. We finished most of the principle filming in July and I had already begun editing by that time, but I think all-in-all, I had about 4 months (of late nights/early mornings) to edit the film.”

“That was the most difficult part, because as a filmmaker/perfectionist, you’ll always find things that you wish you could’ve done differently given more time. A different transition here or there, an audio fade, more complex graphics, etc. But given the time we had, I’m so so proud of how the final product came out. Another interesting factoid would be that we also filmed this entire movie with a bare-bones crew. Most of the interviews were shot with just the two of us behind the cameras. Andrew would do the interviewing and I would run the cameras/audio, or vice-versa. So that’s something that I’m also very proud of given our resources and budget and trying to make the film look as professional as possible.”

What did you learn about yourself personally in making SEC READY…?

“I learned so much about myself in the making of this documentary. This being my first time ever editing/directing a full-length documentary, I kind of went into the project feeling like I was looking at Mt. Everest from the bottom. It was going to be a huge challenge. But I learned that you just have to take it one step at a time. You finish one interview, that’s one more boulder closer to the top of the mountain. You finish editing a scene, that’s one more hurdle conquered. And so on and so forth. I learned that what felt like the impossible, was most definitely possible if I found a way to budget my time efficiently. I also learned, especially from Andrew, how to be a better interviewer. He was very thorough with his questioning and had an innate ability to get the subject to answer the questions as detailed as possible.” 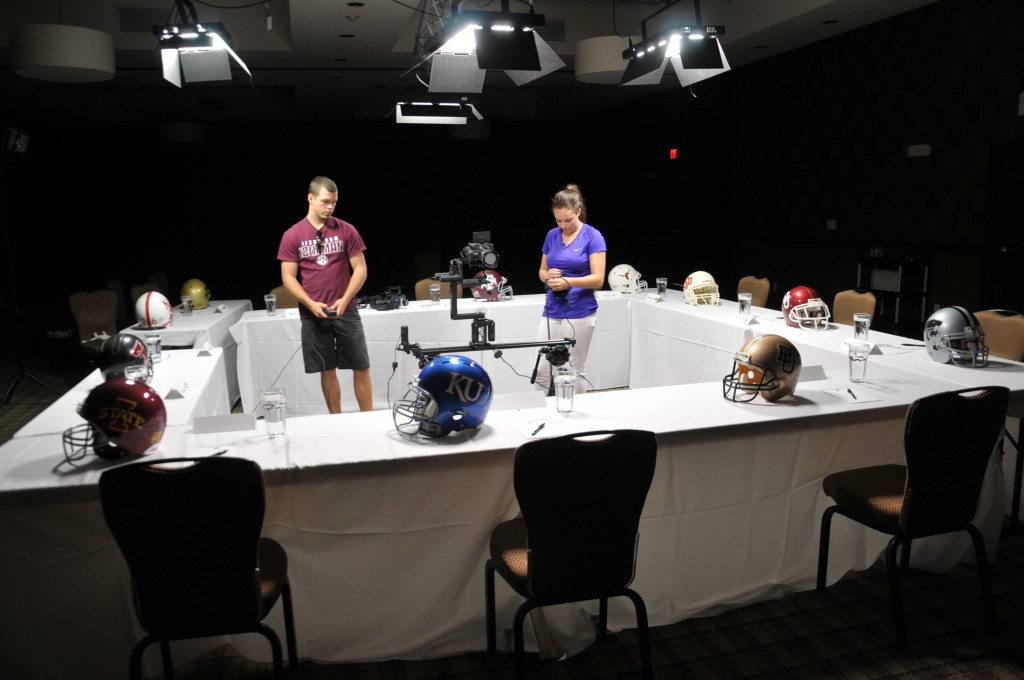 “I learned how to organize over 24 hours worth of interview footage and make that manageable from an editor’s perspective. I learned that sometimes interviews have to be fast and can’t always be in an ideal location. For instance, when we interviewed Gene Stallings, we had a about a 45 minute time slot (including set-up) at DFW airport. He was on his way to a long vacation and if we didn’t get him then, it wasn’t happening at all. So we had to shoot his interview in a conference room in one of the premium airline clubs. That was a stressful day haha, but we got it done. I learned that I’m not as terrible of a public speaker as I thought I was haha! After doing multiple panel discussions after the release of this film, I definitely proved to myself that I won’t just choke on stage! Hopefully I didn’t just jinx myself. But overall, it was a wonderful experience and I’m so glad I got to be a part of it.”

Congratulations to you, Andrew, Brandon and all of TexAgs films on a very insightful – and fully entertaining – feature documentary!