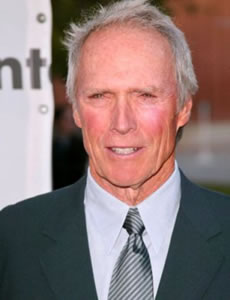 Actor, director, screenwriter, jazz musician, music composer, politician, philanthropist, film legend…..these attributes could describe a cadre of people, but when they all wrapped into one outsized personality, it is truly impressive. Such is the career of Clint Eastwood, a television and film master who remains at the top of his professional game at 80 years young. To honor the octogenarian’s contribution to the history of cinema, the Film Society of Lincoln Center is devoting much of its July program to “everything Clint”, including the local premiere of THE EASTWOOD FACTOR, a look at the star’s life and career and his unprecedented long association with Warner Brothers studios, written and directed by famed film historian Richard Schickel.

Screening almost 35 films in total, including the above documentary tribute and such ephemera as the 1971 making-of doc of the Eastwood-starrer THE BEGUILED and PIANO BLUES, part of a PBS series that points to Cliint’s passion as a composer/pianist, the festival hommage is sure to be one of the highlights of New York’s summer film season.

The films, both famous and obscure, are here in spanking new 35mm prints. From Eastwood’s breakout roles in the Sergio Leone “spaghetti westerns” A FISTFUL OF DOLLARS (1964), FOR A FEW DOLLARS MORE (1965) and THE GOOD, THE BAD AND THE UGLY (1966) to his action hero triumphs of the 1970s (including DIRTY HARRY, THE EIGER SANCTION and ESCAPE FROM ALCATRAZ) to his emergence as an Oscar winning film director of the highest calibre (with such films as BIRD, UNFORGIVEN, MILLION DOLLAR BABY, MYSTIC RIVER and LETTERS FROM IWO JIMA), the length and breadth of Eastwood’s contributions both in front and behind the camera is the stuff of cinema legend.

Clinton “Clint” Eastwood was born on May 31, 1930 in a working class district of San Francisco. He discovered acting while in high school but soon was drafted into the Korean War, where he suffered tremendous injuries following a fierce battle. After returning home, he eventually moved to Los Angeles with his then-wife and made the rounds, finding bit parts on television. Eventually, he clinched a starring role in the 1960s tv western RAWHIDE, praised for his solid good looks and his taciturn tough guy persona. His first movie roles were in westerns, a genre that both elevated his status but also severely typecast him. However, his association with Italian director Sergio Leone’s “spaghetti westerns” of the 1960s made him an international name.

He then became an essentially American icon with is anti-hero turns in the DIRTY HARRY films of the 1970s and 1980s, many directed by his collaborator, the iconoclastic Don Siegel. Not content to be typecast as a violent loner, he tried his hand at comedy (EVERY WHICH WAY BUT LOOSE, 1978, and its sequel ANY WHICH WAY YOU CAN, 1980) which became his highest box office earners to date.

However, Eastwood longed to produce and direct his own projects and broke through in 1988 with the biopic BIRD, an impressively acted (by Forest Whitaker) take on his jazz idol Charlie “Bird” Parker. That film established him as a director with a strong vision and led to his next project as a director, UNFORGIVEN (1992). The film, a dissection of the American Western and his own involvement in the mythology of the genre which won him a Best Director Oscar and a second Oscar as the film’s producer, certified him as one of the leading film directors of our times.

Since this astonishing achievement, he has taken on the subjects of prize fighting (MILLION DOLLAR BABY), existential drama (MYSTIC RIVER), emotional melodrama (THE BRIDGES OF MADISON COUNTY), Southern gothic (MIDNIGHT IN THE GARDEN OF GOOD AND EVIL), polticial corruption (ABSOLUTE POWER), space exploration (SPACE COWBOYS) and both sides of the conflict of a famous World War II battle (the astonishing duo of FLAGS OF OUR FATHERS and LETTERS FROM IWO JIMA).

In the past few years, he has continued to astonish with such films as CHANGELING, with an Oscar-nominated performance by Angelina Jolie; GRAN TORINO, a mood piece on racial intolerance in which he gave an Oscar nominated performance; and last year’s rousing South African soccer drama INVICTUS. He is currently completing the thriller HEREAFTER, with a script by Peter Morgan (THE QUEEN), and starring Matt Damon as “a reluctant psychic”.

In his long and varied career, Eastwood has won 5 Academy Awards (as director and producer), five Golden Globe Awards, a Screen Actors Guild Life Achievement Award, two prizes from the Cannes Film Festival and five Peoples Choice Awards, including one for Favorite Alll-Time Motion Picture Star. Eastwood, still marvelously sexy as he enters his ninth decade, is a true cinema force of nature, whose best work could still be ahead of him.

For a complete list of the films being screened at the Eastwood retrospective program at New York’s Walter Reade Theater, log on to: www.filmlinc.com