For its 50th anniversary celebrations, the Zlin Film Festival, which climaxes with its Awards Ceremony this evening, has been a treasure trove of cinematic gems from the past 50 years. Aside from the better known films from the Czech canon (incuding such award winners as THE SHOP ON MAIN STREET, CLOSELY WATCHED TRAINS, FANTASTIC PLANET, THE ELEMENTARY SCHOOL, KOLYA and the classic films of the celebrated animator Karel Zeman), the Festival has unearthed a king’s ransom of film treasures from the 1950s to the 1990s, many of which were unknown to me. Unfortunately, many of the films were only shown in their native language without English sub-titles, but reading the Festival Catalogue descriptions has made me curious to see if I can find these films when I return to New York next week. 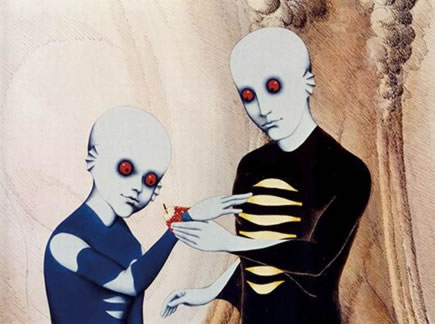 As wonderful as it is to pay hommage to the filmmakers of the past, a film festival must have a contemporary urgency to it, and this is more than demonstrated in the 20 Czech films and co-productions that have been unveiled this week. These films make it clear that the glories of Czech cinemas are not only in the past.

With its commitment to films for children and youth, it is not surprising that many of the new Czech titles are produced squarely for this market, thus reinforcing Czech cinema’s celebrated history in the genre. Films that continue the Czech tradition of quality animation include IN THE ATTIC: WHO HAS A BIRTHDAY TODAY, HURVINEK ON THE SCENE, CHARLIE THE GOLDEN FISH, THE RATS, PAT AND MAT IN THE COUNTRY, GHOSTS AT THE KULIKOV and PURPLE RABBIT: A HOLE THAT LEADS TO AUSTRALIA.

Fantasy films and those based on fairy tales have also been a Czech cinema staple. Adding to the rich history of this genre are such new productions as AT THE SIGN OF THE GOLDEN DAWN, LOVE THE CORNERED, LONG LIVE THE KNIGHTS and THE RAIN FAIRY. New Czech documentaries have been a revelation and include such fascinating titles as KEEP THE RHYTHM!!, BANANA KIDS, ON THE TRAIL OF CHILDREN, DON’T PULL ME OUT, and LIFE AND FILM: THE LABYRITHINE BIOGRAPHIES OF VOJTECH JASNY. 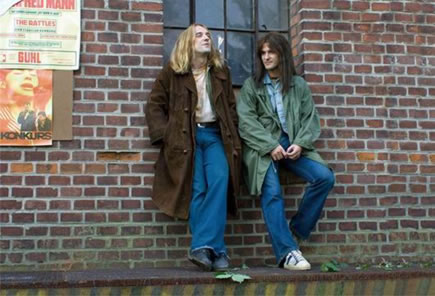 More adult fare is displayed in the films THE SIN OF PROFESSOR SODOMKA, MEN IN A RUT, THE LONELY HEARTS CLUB, PROTECTOR, the Irish/Czech co-production FOXES and the Holocaust drama BROKEN PROMISE. Full descriptions of all of the above films are included on the Festival’s website: http://www.zlinfest.cz/en/film. These new films are ripe for discovery and will certainly show up on the international film festival circuit in the coming months.