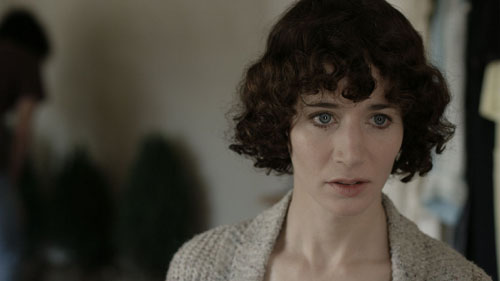 For 37-year-old performance artist, writer and filmmaker Miranda July, life is a series of lessons about loss, mortality and the inescapable feeling that time is slipping away. And yet, despite these heavy themes, her depiction of a kind of blank and ironic human comedy has been the hallmark of her style. This maddeningly passivity has clearly connected with some and infuriates others. Well, both these camps will have much to react to as July’s sophomore film effort THE FUTURE starts its national run in theaters. 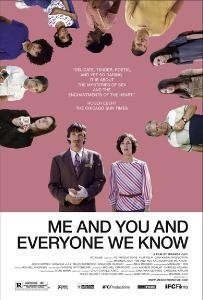 Her first film, the widely celebrated ME AND YOU AND EVERYONE KNOW (2005), was a Sundance and Cannes-feted whimsy where July essentially played herself, a performance artist adrift in her generation and surrounded by other quirky malcontents. July and her characters seem untethered, grasping the possibilities offered by technology and the new freedoms that it has allowed, but also feeling strangely isolated and cut off from the flow of humanity. These are themes that she has examined since her early days as a spoken-word performance artist and trace back to her youth as the child of hippies in the bohemian neighborhoods of Berkeley, California. The family business, a New Age publishing company called North Atlantic Books, featured such philosophical musings as Manifesto For The Noosphere: The Next Stage of Human Consciousness, as well as books on crystals, raw foods and the DIY movement. From this cauldron of alternative thinking, July was destined to become a performer both in synch and an outsider for her generation. 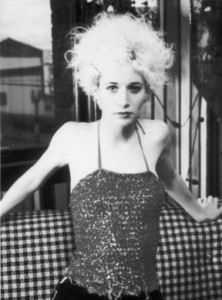 Her life story took many different paths, each quirky in its own right. After majoring in philosophy in college, she dropped out before earning her degree, migrating to Portland, Oregon where she led a post-punk rock band and participated in that city’s alternative and queercore music and cultural events. She later recounted those formative years in her twenties in a piece she wrote for The New Yorker magazine as a time “when I cut off all my hair and gave lesbianism a whirl.” Like many of her generation, she regarded her sexual identity and indeed her overall identity with a fluidity that was both liberating and contradictory in equal measure.

Eventually, she drifted into the city’s visual arts scene, eventually creating off-kilter video pieces and spoken-word public performances, a kind of existential stand-up, that reinforced her growing reputation as a shrewd commentator on the aimlessness and apathy of her generation. In those years, she adopted a kind of distancing affect, which combined with her trilly speaking voice, gave a deeper dimension to a twee attitude of passivity and disengagement. In such celebrated live performances as The Swan Tool in 2001, she added original video projections, creating a multimedia showcase of dystopia and self-referential miasma mixed with an undetermined but palpable melancholy. She has noted the musician/performance artist Lori Anderson as a key influence in this distanced style but also became enamored of the films of such indie influences as Todd Solondz, Wes Anderson, David Gordon Green, Spike Jonze and Noah Baumbach, who shared her interest in the human drama told in a somewhat chilly and objective storytelling style.

It was just a matter of time before she attempted to mount her own feature film. In ME AND YOU AND EVERYONE WE KNOW, July plays a version of herself, a lovestruck video artist pursuing a damaged single dad. One of the man’s sons, a precocious 7-year-old, ends up in an accidental relationship with a haughty art dealer after meeting in an online chat room. In the smartly assembled ensemble cast of unknowns (many of whom were part of July’s social network), she outlines characters who crave connection, but rarely find it. The film, which premiered at the Sundance Film Festival in 2005, became an instant hit and eventually won July the coveted Camera D’Or (the First Feature prize) at the Cannes Film Festival. The film was embraced by high-minded critics for its somewhat chilly portrait of a generation that had been numbed by the fallout of 9-11 and was gripped in a miasma of powerlessness and passivity. Others reacted to the twee and precious style, exemplified by July’s squeaky voice and emotionless delivery style, and criticized the film for accepting the bland and pliable complacency of her generation. 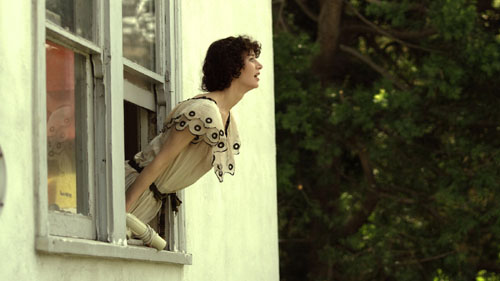 Despite the success of the film, July found herself broke after the film’s release. She turned her attention to writing and became a regular contributor in major magazines, while also continuing her interactive performance pieces. When one of her short stories won a 35,000 euro literary prize, she had the financial security net to adapt one of her spoken-word pieces Things We Don’t Understand And Definitely Are Not Going To Talk About, about bohemian relationships in crisis, into a feature film. Unfortunately, her timing could not be worse. Knocking on doors of production companies and distributors in Los Angeles in 2008, at the height of the global financial crisis, proved an exercise in frustration. However, the cult following she had developed in Europe for her debut film paid off as she find financial backing with the UK’s Film Four and a German company Razor Film. Eventually, the script for her newest film was entitled THE FUTURE and she was able to complete the film in a shockingly brief shooting schedule of 21 days in Los Angeles last year. The completed film made its world premiere debut at the Berlin Film Festival in February and begins its North American release this week via Roadside Attractions.

In THE FUTURE, July again stars as a kind of mirror image of herself, playing a 30-something dance instructor who feels rather unfulfilled by both her professional trajectory and her personal life. She shares a shabby, cramped apartment with her apparent soul mate, a downwardly tech support technician played with passive charm by Hamish Linklater. To relieve their midlife funk, the couple decides to adopt a wounded cat, which will be delivered to them in a month’s time. Before they become “parents” and taken on the seriousness of maturity that has eluded them till then, each decides to “find themselves”. July quits her job to become an internet star, creating a new dance piece each day for 30 days, while also drifting into an adulterous affair with a divorced man with his own set of issues. Her boyfriend also leaves gainful employment to become a door-to-door fundraiser for a Greenpeace-like organization. The film alternates between the realism of the couple’s drift to moments of unabashed surrealism, exemplified by the adopted feline’s voice-over narration (squeaked by July herself), as well as existential motifs such as a talking moon and a character’s ability to stop time.

How audiences will respond to this more mature and tonally darker tale is still an uncertainty. The themes in it of love, sex, death and the passage of time, are certainly engaging and reflect a resolutely feminist and less rainbow-colored reality as both her on-screen and off-screen persona moves into middle age. As she sums up her new films themes in a recent cover story in the New York Times Magazine, “It’s kind of about letting go of that feeling of my 20s, that feeling that I will do absolutely everything, I will have sex with everyone, I will got to every country. In your 30s, it’s obvious that a finite amount of those things will actually happen.” In the film, this attitude is best summed up by thee male lead: “In five years, we’ll be 40, which is basically 50. And then after 50, the rest is just loose change.” If that line resonates with you, then your place this week is to be on line (and I don’t mean the internet) to commune with July’s melancholy muse. For more information on THE FUTURE, visit: http://thefuturethefuture.com/