One Millennial.  One Baby Boomer. Two totally different perspectives. Perspectives that cross not only generations – but styles, tastes, passions, interests, and impressions.

Today we report from Waco Texas  over the DEEP in the HEART Film Festival…….. 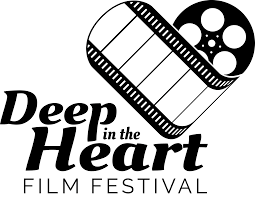 Waco Texas to be exact. While you may have seen a 1950’s western film mention passing through or having a score to settle with someone in Waco, you can bet you last silver dollar you are going to hear a lot more about Waco when it comes to the film industry. Besides a rich history of films being made here such as Where the Heart Is (2000), Waco: Rules of Engagement (1997), Color Me You (2017), Surviving Nugent (2004), and The Innovator (2018), the trend continues with the TV show Fixer Upper with Chip and Joanna Gaines and now, Deep in the Heart Film Festival. 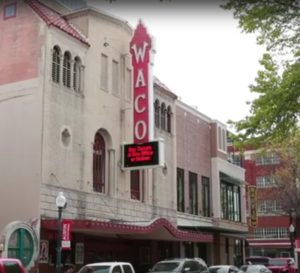 Actually we were honored to attend the inaugural one a couple of years ago and thought it was great, yet, now completing its third year we were totally blown away. This film festival certainly didn’t experience any growing pains, but evolved already into one of the best film festivals in Texas if not the entire southwest (yes, we think it clearly surpasses SXSW…easy). How did festival co-directors Louis Hunter and Samuel Z.P. Thomas and their wonderful staff do it?

Well, for one thing, somehow, someway, and in some manner they managed to gain the support of just about the entire city of Waco (as well as Baylor University, which is also in town) to create a heart-warming, heart-pounding & heart-stopping atmosphere and truly world class event. For example, look at the interviews going on at the opening meet and greet.

With all that press, one could feel like they are in Sundance…only Deep in the Heart is better since it is Texas Film Friendly (an emotionally elicit response over the joy of getting recognition for your film without all the Hollywood pretentiousness). But wait, it gets even better. Not only are you going to get to network and see great films (the crucial elements of any good film festival) but you are going to get opportunities to learn every thing about Waco, and not only all the cool stuff going on (which you get to do as well) but everything about making film in Waco as well. Check this out: 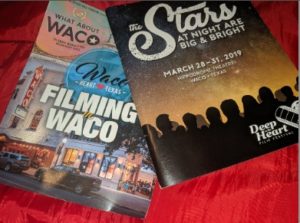 Now honestly, what film festival gives you that…? But wait, there’s more. Remember we mentioned you get to tour around some of the famous sites in Waco? Well, besides being the birthplace of Dr. Pepper (which is now a museum and where the awards ceremony takes place), Waco is also home of the famous Balcones Distillery which was originally an old welding shop and one of the enjoyable stops of the film maker tour trolley of the city.

Filmmakers enjoying the various spirits at the Balcones Distillery.

Films? Great films. Drama. Comedy. Horror. Family. Sci-Fi & Fantasy. Documentaries. Foreign films and of course great local works about Texas. More on some of the really innovative and emotionally moving ones later. Before we forget we have to mention the games. Games? At a film festival…? Well, besides all the really cool stuff we already mentioned, yes, games. For those familiar with Escape Rooms, one of those were held and besides a fun way to network and get to know each other, what a brainstorm. How would you…..?

Louis and Sam get into an interesting predicament in the Escape Room.

You can see there’s a lot of fun going on, along with after-parties each night, cocktail hours, as well as educational forums such as the actor’s workshop and Super 8 workshop. That’s right, Kodak stopped by and did a full blown, hands on demonstration on the history of Super 8, what stocks are available, and info on post production (from processing to high resolution scanning techniques). Don’t you love it when you go to a film festival and learn something….?

Filmmakers (or just those interested) get some hands on experience with Super 8.

Films, films, films…! It’s always so difficult to describe some of the great films we see, so we’ll just show some:

Jumpy – We love thoughtful films for kids, especially with a message, click here to watch. 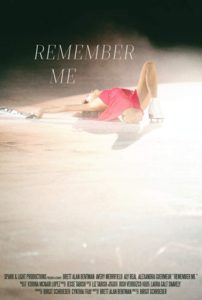 Remember Me – A most touching film merging memory and relationships by Birgit Schroeder. 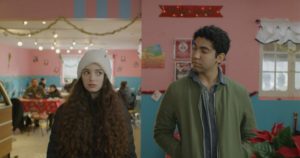 10 Hours – Trevor Morgan directs this insightful film of a ride share driver and his passenger form an unlikely friendship during the course of a 10 hour drive.

We could go on an on, but to get the best idea of this festival, check out their website here. Or better yet, submit your film or get to this festival next year to join in on all the fun and films in only a way that the city of Waco can have you enjoy them all.

Yep, there’s a bar on the roof of the theater which makes a FANTASTIC atmosphere for happy hours and after parties…. 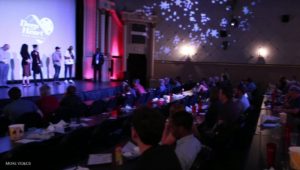 A MUST ATTEND FILM FESTIVAL