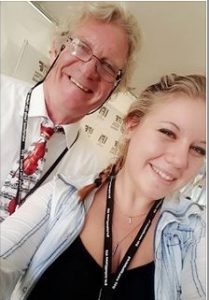 What a wonderful time of year to be in Central Texas!

One can see this beautiful country side and rustic settings of all the small towns north and south of Austin heading to this famous film festival. One can also experience the first signs of what SXSW does to I-35 for anyone driving to the capitol of Texas…wall-to-wall TRAFFIC: 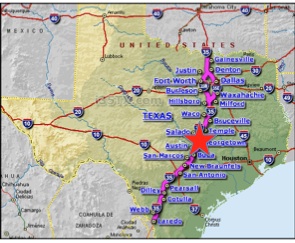 Even on a good day I-35 can be a mess…but during SXSW…horrible.

Even if you fly in you’re still going to deal with getting into and around downtown Austin, which has now become world renown as being a total mess.  Our advice if you are coming next year…come into town a week early.

We told you last year how many of the films shown here are more than likely chosen for their alignment to the political narrative of MSNBC or the Chinese Communist Party instead of going for the story…and this trend continues.

And in some ways it has gotten worse…over the years it appears independent films have become a secondary element at SXSW…and now this art has appeared to drop down to third or even fourth place.  Politics is not only a theme for the films, music and celebrities who come to SXSW – this gathering is now a political event.

You’ll certainly find a diversity of food, people and culture at SXSW, however you’ll have to look extremely hard to see any diversity of political thought.  The likes of Dinesh D’Souza or Candance Owens are not here, but you will find a particular section of political philosophy very well represented, among them several of the 2020 Democratic candidates and the star of the Austin Convention Center, Alexandria Ocasio-Cortez. 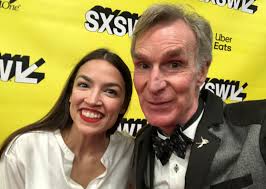 AOC and an excited Bill Nye get their selfies

After calling FDR’s New Deal a ‘racist policy’  and political moderates ‘meh’ to a cheering crowd of indoctrinated millennials, one has to recognize she very may certainly be the future of her party since she drew a much larger audience than any of the other 2020 Democratic presidential hopefuls who were on hand.

No matter what film festival we attend, the student film section is of great interest since it allows us a peak into what the future holds through the next generation of directors, actors and writers – in story, content, theme and….well, apparently, political expression. 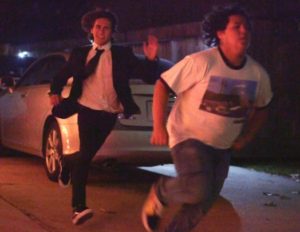 Understandably there were themes of violence in schools, gun violence that is, young love, sex, LGBT identities, addiction, and of course self-esteem.  Sorry SCI-FI fans, it appears most of the up and coming film makers are asking “who am I?” instead “what can be?“.  It could be Marvel and DC are going to be it for another generation (even with the fact that many do not consider these wonderful brands to even be science fiction). Perhaps they are going to leave the foundational question in film-making of the “what if?” to future social engineers such as Alexandria Ocasio-Cortez.

But let’s end this on a positive note. Justice has been served in the re-telling of the law officers involved with Bonnie and Clyde in Costner’s new film The Highwaymen. 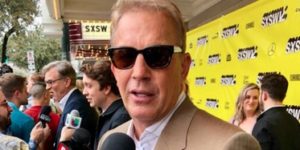 A vehicle once intended for Robert Redford and Paul Newmen, Costner’s and Woody Harrelson’s version gives us a more realistic approach to these heroes instead of the bumbling 1967 Arthur Penn’s version of an incompetent man with a vendetta who tracked down the infamous gangsters Bonnie and Clyde (in the original version played by Faye Dunway and Warren Beatty).  Of course the late 1960’s was the era that gave rise to the anti-heroes….when bad people were glorified and good, honest people were ridiculed.

Interesting also was at the Q&A Director Lee Hancock (who was born and raised in Texas) described how this film – about two Texas Rangers – a story that had a lot to do with Texas – was actually shot across the border in Louisiana, due to the tax incentives.   The Texas pot of film incentives dropped from $92 million down to $32 million in just one year. “I want to shoot every movie in Texas. You guys (Texas legislature) figure it out for me, then I’ll be back,” said Hancock. 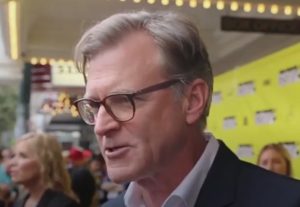 Director Lee Hancock hopes Texas can get down to the business of making films.

Texas is not even in the top 5 film making communities since states such as Georgia, New York, Louisiana, California and New Mexico offer better incentives.

So for now, the SXSW film festival is a nice gathering of the politically correct, and a symbolic representation of the Texas film making industry as a whole:  a nice place to show films, be seen & party, instead of being a place where film jobs are created – much like the attitude of the politicians who came…