The 8th annual Family of Woman Film Festival celebrates international filmmaking with this year’s festival theme, “Women and Their Dreams.” For the first time, the festival presents three special evening film events at the Sun Valley Opera House where audiences will have the opportunity to meet filmmakers and their subjects at each evening screening.

“We scheduled these remarkable films long before we learned that not only would the filmmakers be able to join us, but the subjects of each of the films could also attend the festival,” marveled Festival Co-Director Peggy Elliott Goldwyn. “This is beyond our dreams.”

“Iran, Nigeria and Syria are very much in the news today,” added Festival Co-Director, Stephanie Freid-Perenchio. “Each of our evening films will not only provide unique insights into these countries, but the Sun Valley community will also have the opportunity to meet the people whose lives are being lived out behind the headlines.” 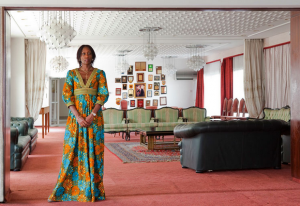 On Thursday, Feb. 26, at 7 p.m., the festival will open with “The Supreme Price” (75 min.) a film from Nigeria with filmmaker Joanna Lipper and the film’s subject Hafsat Abiola.

Abiola’s father was Nigeria’s first democratically elected president.  After he was overthrown in a coup, her mother was assassinated while campaigning for his release, and he mysteriously died in prison.  A college student in America at the time, Hafsat has never returned to Nigeria until recently, when she is called upon by the Nigerian government to help Nigeria’s most marginalized population—women and girls. Visit www.thesupremeprice.com. 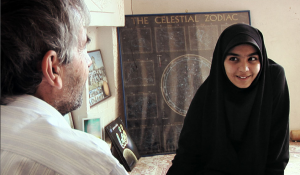 On Friday, Feb. 27, at 7 p.m., the festival screens “Sepideh” (90 min.), which is a film from Iran with filmmaker Mona Rafatzadeh This feature documentary will be presented in the U.S. for the first time outside of the Sundance Film Festival. Former NASA astronaut, Barbara Morgan, will join the conversation following the screening.

The star of her village school’s astronomy club, Sepideh lugs a telescope as tall as herself to a mountaintop to stargaze.  She confides her dream of becoming an astronaut like her idol, Anousheh Ansari, in a journal addressed to Albert Einstein.   When she’s passed over for a university scholarship and suitors come knocking at the door, her determination is seriously tested.  This film is suitable for all ages. Visit http://www.radiatorfilm.com/sepideh.html. 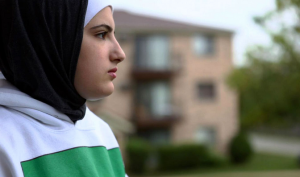 On Saturday, Feb. 28, at 7 p.m., the feature documentary, “#chicagogirl” (74 min.), from Syria and the U.S. will screen including the film’s subject, Alaa Basatneh and filmmaker Joe Piscatella in attendance. From her childhood bedroom in suburban Chicago, Alaa, a 19-year-old American girl, coordinates protests in Syria through Facebook, Twitter and Skype.  Working with a score of citizen journalists in Homs, Syria, she plans protests and escape routes and helps protestors find each other. As the situation grows increasingly desperate, Alaa sneaks into the Syria at great risk. Visit http://www.chicagogirlfilm.com/#!trailer/c1aol.

In addition, Mohammed Naqvi, a Pakistani filmmaker who presented his film ‘Shame’ at our first festival, returns as our Retrospective Filmmaker with a special presentation at the Community Library on Monday, February 23,” added Goldwyn. “He will also show his latest documentary, filmed in Peshawar, Pakistan.” Perenchio further explained, “He knows many of the families who lost their children in the school attack there and is also editing a new film about the radical madrassas in Pakistan.”

In partnership with the Family of Woman Film Festival, Boise State University [BSU] sponsors the appearance of Hafsat Abiola and will present “The Supreme Price” at BSU with Abiola and Lipper, as well as “Sepideh” with Mona Rafatzadeh. BSU students will attend the full festival in Sun Valley and Sun Valley speakers will make reciprocal appearances in Boise.

The 8th annual Family of Woman Film Festival will be inaugurated with the second annual Bonni Curran Memorial Lecture for the Health and Dignity of Women onTuesday, Feb. 24, at 6 p.m. at St. Thomas Episcopal Church. Jill Sheffield, Founder of women Deliver, will be the speaker. The film schedule will commence Thursday, Feb. 26, at 7 p.m. at the Sun Valley Opera house and end with a matinee at 1 p.m. on Sunday, March 1.  For a complete schedule and more information as well as information on special guests, visit www.familyofwomanfilmfestival.org. For images, press and media inquiries, email Sabina Dana Plasse at sdanap@gmail.com.