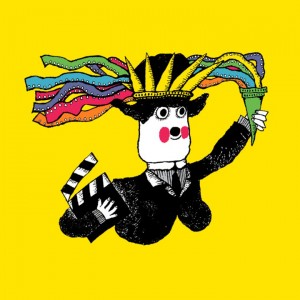 “There are no words to describe the excitement of presenting such a rich line-up of Cuban art programs with our amazing partners all around the city at this time and place,” said Carole Rosenberg, founder and president of AFLFC. “We are very proud to be celebrating our 15-year history connecting the cultures of the U.S. and Cuba, particularly in the midst of the recent changes in diplomatic relations that will no doubt greatly benefit artists from both countries.”

Cuban Culture Festival New York will kick off February 24 with a classical music concert at Americas Society by young Cuban pianist Willanny Darias, a Manhattan School of Music (MSM) graduate who studied with legendary Cuban piano pedagogue Solomón Mikowsky. This rare solo recital will highlight works by a variety of famed international composers including Albéniz, Busoni, Debussy, Ginastera, León, and Schumann, displaying the exceptional wide range of this talented young performer. Darias is a recipient of the International Advisory Board Scholarship at MSM and the youngest performer ever to win first prize at the UNEAC Piano Competition, Cuba’s most prominent national classical music event. Additional awards include prizes in Cuba, Venezuela and New York. For more information visit as-coa.org/events/concert-cuban-pianist-willanny-darias.

The festival will turn its focus onto dance March 3-8 when Malpaso Dance Company, the young Cuban group that made its acclaimed U.S. debut last spring, returns to The Joyce Theater for an equally exciting engagement. The program will include the New York premiere of a new work by artistic director Osnel Delgado set to newly commissioned music by GRAMMY award winning pianist, composer and educator Arturo O’Farrill, performed live by his Afro Latin Jazz Ensemble. Also on the program is a new work by Trey McIntyre. Founded by Ludwig Foundation of Cuba director of performing arts programs Fernando Sáez, Malpaso embodies the passion that defines Cuban life and its rich dance tradition. More info at joyce.org/performance/malpaso-dance-company-2/.

In conjunction with this program, BAM, with Mark Morris Dance Group, will present a master class with Malpaso’s artistic director Osnel Delgado on March 4 at Mark Morris Dance Center. The class, for experienced and professional dancers, will focus on the Cuban approach to contemporary dance – a style born out of a dense blend of references including Latin social dance, North American modern movement and Afro-Cuban religious traditions. Additionally, Delgado will lead a master class for students in BAM’s Dancing Into the Future after-school program on March 5.

Moving onto film, BAMcinématek, in partnership with Havana Film Festival New York, will showcase Cuba:Golden 60s March 20-31. The program will screen selected works produced by Cuban filmmakers in the wake of the Cuban revolution of 1959, when aided by the state-sponsored Cuban Film Institute (ICAIC) filmmakers unleashed a stream of formally radical works that reflected the country’s massive social upheaval. Crossing New Wave-inspired stylistic experimentation with politically charged subject matter, these vital expressions by a country in transition are revolutionary in every sense of the word.

Complementing this program, on March 27-28 BAMcafé Live will present Havana-based rapper and poet Telmary. One of the shining stars of the Cuban underground music movement, Telmary has been able to use the genre as a means of expressing her ideas and communicating with young people in Cuba. She has collaborated with a wide range of artists including Dr. John, Janet Bunnet, Isaac Delgado, Descemer Bueno, Kelvis Ochoa, the Afro-Cuban All Stars, Los Van Van, and Buena Vista Social Club. She has performed and recorded with figures from international hip-hop and electronica such as Afrika Bambaataa, DJ Raphael Seebag of the United Future Orchestra, and Japanese DJ Akakage. For more information on all CCFNY at BAM, visit BAM.org/CubanCulture.

AFLFC’s will present its 16th Havana Film Festival New York (HFFNY) April 9-19. Its annual free, popular kick-off event, hosted by the Bronx Museum of the Arts on March 27, will feature a film screening followed by a dance party with live music. The festival’s main slate and special events will take place at citywide venues including the Directors Guild Theater, CUNY Graduate Center, SVA Theater and King Juan Carlos I of Spain Center at NYU in Manhattan; and the Museum of the Moving Image in Queens. This year’s edition will showcase an exciting mix of premieres, audience hits, and award-winning films from Latin America, the Caribbean and Latinos working in the U.S.; as well as Q&As and panels with guest and local filmmakers, and receptions. HFFNY is thrilled to be collaborating with BAM to bring Cuban archival films to Brooklyn audiences. For full HFFNY program information visit hffny.com.

The Cuban Culture Festival NY will continue May 1-2 with a strong dose of Cuban jazz music by ALJA’s Afro Latin Jazz Orchestra, led by Arturo O’Farrill. The concerts, to be held at Symphony Space, will include the North American premiere of works from the album Cuba: The Conversation Continued, such as “Blues Guanguanco” by Bobby Carcasses, “Guajira Simple” by Alexis Bosch, “El Bombón” by Cotó, and “Just One Moment,” by Michele Herrera. O’Farrill, who teamed up with today’s top Cuba-based composers and notable American artists to pick up the legacy of Dizzy Gillespie and Chano Pozo’s groundbreaking work in the 1940s, will perform alongside saxophonist Rudresh Mahanthappa and additional special guests. Additional details will be available at www.afrolatinjazz.org.

The last stage of the festival will be dedicated to the visual arts, starting with an exceptional retrospective of Cuban artist Carlos Quintana to take place April 27-May 30 at the National Arts Club. A brilliant, self-tought artist who grew up in Havana and lived in Spain for a decade, Quintana works on giant surfaces spreading paint with his hands, then turns them upside-down for his paint to drip in new directions. His work is exhibited worldwide, including China, Cuba, Europe, Latin America and the U.S. This will be Quintana’s first solo show in New York City. More information will be available at nationalartsclub.org.

Jack Shainman Gallery will follow with a solo exhibition of Cuban conceptual artist Yoan Capote at its two gallery spaces in Chelsea, opening at the end of May and running through June. Capote uses sculpture, painting, installation, photography and video to create analogies between the visual poetry of objects and the world of the mind. He merges incongruous items, such as human organs and mundane objects, to plumb ideas of humanity. His work deals with the intimate and the personal, while investigating constructions based on power and difference. Capote is the recipient of numerous awards including the John Simon Guggenheim Memorial Foundation Fellowship and a Pollock Krasner Foundation Grant. His work is shown internationally, including throughout Europe, Central America, the Caribbean, and the U.S. For show details visit jackshainman.com.