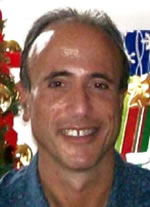 I have very sad news.  Our friend and Editor-in Chief of Film Festival Today has passed away. “Sandy” as he was known to the film community was a regular on the film festival circuit and truly loved cinema.

He studied film at the University of Buffalo and earned a Master’s in Film Studies from NYU. He also produced numerous documentaries.

His contributions to “FFT” were enormous and his wit, style and assiduous devotion to the publication are a tribute to his intellect and professionalism. There is no doubt that Sandy’s contributions to FFT made the web site the best it’s ever been. He passed away far too young at 58 years after a long and courageous battle with cancer.  In his last weeks he worked at FFT and never complained about the pain or discomfort that he was experiencing in his final days.  But that was the kind of guy Sandy was-enormous heart and that ever present “smile”.

To say that “Sandy” is missed at FFT would be an understatement.  We never got a chance to say goodbye and we will never quite be the same again.  His absence at press and industry screenings at the New York Film Festival was noted in heartfelt tributes paid by the Lincoln Center’s Eugene Hernandez and Filmmaker Magazine’s Editor-in-Chief Scott Macaulay.

Sandy’s contributions to the independent film arena were enormous. He was, for many years, Associate Market Director of the IFP’s Independent Feature Film Market. With his own company, International Media Resources he consulted with both indie filmmakers and those who ran the film festivals. At Cannes and Berlin he organized the Independent’s Showcase for distributors and filmmakers for ten years from 1993-2003.

We invite friends to share memories and thoughts about Sandy below.