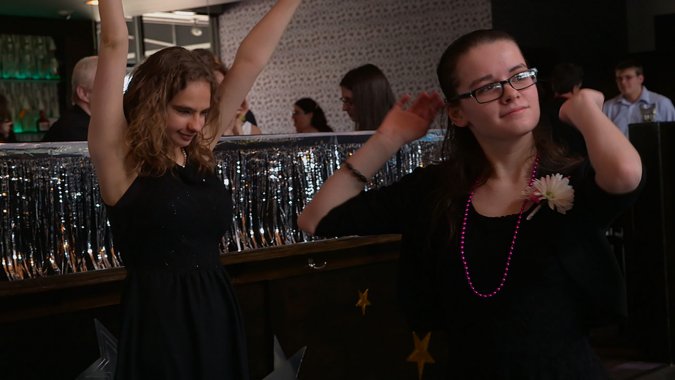 HBO Documentary Films has acquired U.S. television rights to HOW TO DANCE IN OHIO. Directed by Alexandra Shiva (Stagedoor, Bombay Eunuch), the film will have its world premiere Sunday, January 25 at the 2015 Sundance Film Festival in the U.S. Documentary Competition, and will debut on HBO later this year.

A first kiss, a first dance. These are the rites of passage of American youth that hold the promise of magic, romance and initiation into adulthood. For kids from all walks of life, these first steps toward intimacy are at once exciting and terrifying. For some teenagers and young adults on the autism spectrum, the transition can be nothing less than paralyzing. In HOW TO DANCE IN OHIO, director Alexandra Shiva follows a group of young people in Columbus, Ohio, with an array of developmental challenges as they prepare for an iconic event – a spring formal dance. They spend 12 weeks confronting and practicing their social skills as they prepare for the big event, to be hosted at a local disco. Working with their trusted psychologist, they deconstruct fear and larger-than-life social anxiety one step at a time by picking dates, dresses, and, ultimately, a King and Queen of the Prom. HOW TO DANCE IN OHIO is a story of the universal human need to grow, connect and belong as uniquely dramatized by individuals facing the deepest struggle toward social survival.

Shiva states, “A domestic broadcast on HBO will ensure that this film reaches the widest possible audience throughout the country and I am excited to be working with them to do that. This is a film not only for the many whose lives are touched in some way by autism, but also for anyone who can relate to the fraught experience of growing up and trying to understand adulthood.”

The deal was negotiated by Andrew Herwitz, President of the Film Sales Company, on behalf of the filmmaker with HBO.

In 2001, Shiva directed & produced her first feature documentary BOMBAY EUNUCH, awarded Best Documentary at NewFest and the Special Jury Award at Florida Film Festival, followed by a 6-week theatrical run. Her second documentary STAGEDOOR premiered at SXSW in 2005, and in 2006 screened at New York’s Film Forum and on the Sundance Channel. HOW TO DANCE IN OHIO is her third feature documentary.

Jason Blum of Blumhouse is executive producer. Previously, Blum worked with HBO on the Emmy and Golden Globe winning The Normal Heart and the upcoming The Jinx: The Life and Deaths of Robert Durst.