Zijian Mu’s 40-minute documentary entitled “One Child” exerts a powerful hold on its viewer’s emotions. The film follows four families who lost their only child to an earthquake that took place in Sichuan, China, back in 2008, in which 90,000 people, including more than 5,000 children lost their lives.  It’s a tragedy to lose a child, but even worse in China, due to the government’s one-child policy. China’s government made an exception for those who had lost an only child to conceive another, but some parents are too old to have another child, so they seek to adopt, which isn’t as easy as one might think due to the surplus of Chinese baby girls that have been discarded by their parents.

One depressed parent, who lost her daughter when her school collapsed on her, goes to the countryside because some rural areas families are allowed to have a second child, but if they get a second girl, they’ll put the newborn up for adoption so they can try again for a boy. Unfortunately, the woman was denied the opportunity to adopt an orphaned baby girl.

Each family has sad, tragic tales about the child they lost because the schools they attended were poorly built.  While the Chinese government buildings didn’t move an inch during the earthquake, and, were as solid as the “Rock of Gibraltar”, schools and child day care centers crumbled like paper mache or sand, because they were built shoddily by government contractors who “cut corners” for this type of building.

The Chinese government NEVER admits responsibility or mistakes for the poor construction quality done by the Chinese government’s State Owned Enterprises (SOEs). Instead, the local government prohibits an investigation and orders the ruins, including the bodies of the deceased, buried beneath the bulldozed field, so no evidence of government malfeasance can be investigated by anyone.

The film has moments that are heartbreaking and at the same time superbly documents the graft and corruption of the Chinese government in the 21stCentury. 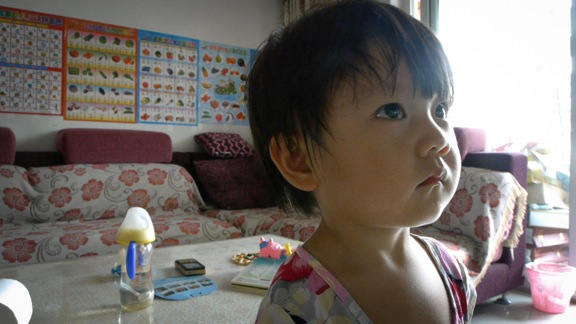