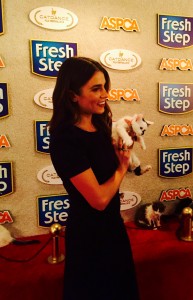 Feline finery was in full swing in Park City, Utah on January 24 for the furriest celebration of independent film. Now in its third year, the Catdance Film Festival*, presented by Fresh Step® litter, rolled out the red carpet with an evening of feline-themed films and “meow-valous” festivities, complete with an adorable kitty red carpet – all for a good cause.

The Twilight star presented the golden prize, the coveted 2015 Golden Litter Scoop and a $10,000 “kitty”, to grand prize winner Alana Grelyak, who wrote “French CATastrophe.” The two-time Catdance finalist from Chicago took home the prize in her third year for her story about a man who signs up for Frenchat.com to improve his language skills, only to find that his foreign exchange teacher, Guy LaFurrr, is much shorter and furrier than expected. 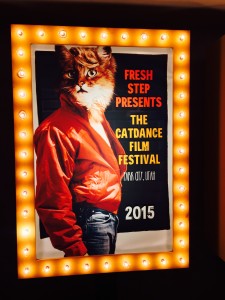 The films weren’t the only thing to make their debut at the event. A custom 14-karat gold and diamond cat dome ring worn by Reed also made an appearance. The feline bling is now on auction, with 80 percent of the auction price going to benefit the ASPCA® (The American Society for the Prevention of Cruelty to Animals®). Visit www.freshstep.com for more information on the ring being auctioned off, or to check out all of the winning cat films screened at the festival.