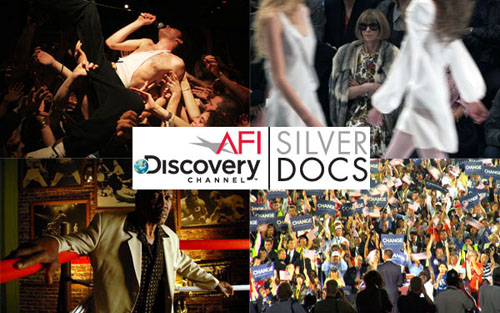 The times are both good and bad for documentary films. The good news is that more of them are being seen in theatrical venues. The bad news is that most don’t last beyond a few weeks (sometimes only a week), making most of their coin from subsequent dvd, television or internet releases. Week after week, at least here in New York, at least 5 new documentaries open in theaters, mainly to get critical reviews. However, if one hesitates beyond a few days, you often miss the opportunity to catch those films in their initial public release and have to wait for them to turn up in ancillary markets (unless they follow the increasingly popular day-and-date strategy of opening on as many platforms as possible on 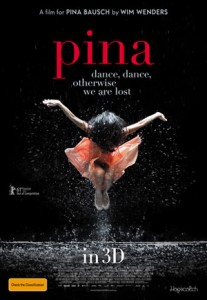 the same weekend). In the first six months of 2012, only a handful of documentaries have made some serious noise at the theatrical box office. They include, in descending order, the Disney release CHIMPANZEE ($28 million and counting), the Oscar-nominated dance doc PINA ($5 million), the hot-button issue BULLY ($3.5 million), the music bio MARLEY ($1.3 million), the teenage ballet competition film FIRST POSITION ($850 thousand and counting) and the Oscar nominated THE UNDEFEATED (topping out at half a million). While the box office take for documentaries has been steadily plunging since 2007 (now accounting for less than 1% of the U.S. theatrical take), the number of film festivals that showcase documentaries has been on the rise. A film festival is, in fact, an excellent venue for seeing what is new in the non-fiction form, with the added bonus of having the filmmakers on hand to participate in post-screening talks and debates. And if the last sentence gets you going (as it does me) then one can barely contain one’s enthusiasm as one of the best in the field unspools later this month. 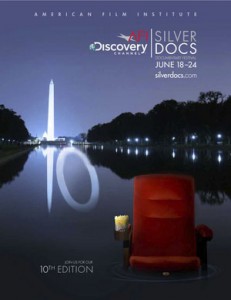 The AFI-Discovery Channel Silverdocs Documentary Festival, the largest of its kind in the United States, is celebrating its 10th edition this year with what promises to be one of the strongest lineups in years. Created through a unique alliance between the American Film Institute and Discovery Communications to recognize excellence in documentary film, the Festival takes place at the historic AFI Silver Theater, a truly brilliant film showcase located in the bustling downtown of Silver Spring, Maryland. During a seven day run, the Festival will screen films in its Spotlight, Competition, Silver Spectrum and Guggenheim Retrospective programs from June 18 to 24. Overall, the Festival is premiering 114 films (selected from an eye-popping 2000+ submissions), representing 44 countries with seven World, three North American, seven U.S. and eleven East Coast premieres. While American indie films are a major draw at the event, the international component is even more intriguing, giving audience members (including attending professionals) a true test of the current non-fiction pulse. “This year, there are a substantial number of films focusing on the creative process”, Festival Director Sky Sitney shared in a prepared statement. “We are particularly proud to showcase the latest work by documentary luminaries, while introducing new filmmakers to our highly engaged audiences and guests from around the globe.”

In this celebration of the creative spirit, the Festival has bookended two highly praised music documentaries for its 10th edition. The Festival opens on June 18 with the local premiere of DON’T STOP BELIEVIN’: EVERYMAN’S JOURNEY by Ramona Diaz. The film follows the real life rock-n-roll fairy tale story of Filipino Arnel Pineda, who was plucked from You Tube to become the front man for iconic American rock band Journey, becoming a potential example of a rags-to-riches story mediated by new media technology. Having grown up in the slums of Manila where his musical ambition led him to lead a local Journey cover band, Pineda had the good fortune and timing to get noticed by the original band’s members when they were searching for a new lead singer once Steve Perry left the band. Now leading a world renowned band and replacing a legendary singer, the film follows Arnel on his personal journey, not pulling punches on the tremendous pressure he feels to live up to the expectations of the band’s international fans. The film premiered at the Tribeca Film Festival in April and was also warmly received at its West Coast premiere at the San Francisco International Film Festival. The Festival concludes on June 23 with the local premiere of BIG EASY EXPRESS by Emmet Malloy. The film chronicles the tuneful road trip of folk rock and bluegrass musicians Mumford & Sons, Old Crow Medicine Show and Edward Sharpe and the Magnetic Zeroes as they travel together by train from San Francisco to New Orleans in the spring of 2011. 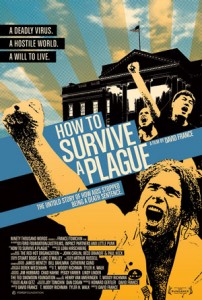 Among the notable filmmakers presenting their work at the Festival are Yung Chang (CHINA HEAVYWEIGHT); Heidi Ewing and Rachel Grady (DETROPIA); Eugene Jarecki (THE HOUSE I LIVE IN); Ross McElwee (PHOTOGRAPHIC MEMORY); and Charles Guggenheim Symposium honorees Joe Berlinger and Bruce Sinofsky (with a mini-retrospective of their oeuvre including the PARADISE LOST TRILOGY, METALLICA: SOME KIND OF MONSTER, GOOD ROCKIN’ TONIGHT: THE LEGEND OF SUN RECORDS, CRUDE, and their most recent release, the Paul Simon musical documentary UNDER AFRICAN SKIES). Other Festival highlights include the Centerpiece Film screening of HOW TO SURVIVE A PLAGUE, journalist/filmmaker David France’s engrossing chronicle of the early days of the AIDS epidemic and how ordinary people most affected banded together in two coalitions to fight fear with knowledge and action. Through extraordinarily rare archival footage and contemporary interviews with witnesses to this dramatic period in the early 1980s, the film charts the development of the organizations ACT UP and TAG (Treatment Action Group) as they maneuver to get the growing epidemic recognized by the medical and political establishment. Also highly anticipated is the Festival screening of BAD BRAINS: A BAND IN DC, a profile of one of the most unique and influential punk bands of the 1970, whose members all hailed from Washington, DC. Filmmakers Benjamen Logan and Mandy Stein, as well as film subject HR, will attend the sure-to-be-packed screening.

While the film programs is the heart and soul of Silverdocs, one of its unique features is its five-day Documentary Conference, which provides local and visiting filmmakers, producers and industry reps with a fascinating look at the worlds of distribution, funding, emerging media markets and trends for the future. This is an indispensable part of the event, bringing together documentary makers, funders, programmers and distributors, giving everyone in the non-fiction community the opportunity to check their own pulse and move bravely forward (often against the odds). We will report on all the excitement, information and special events of this year’s AFI-Discovery Channel Silverdocs Documentary Festival via online daily reports on this site. For more information on this year’s festival and conference, visit:  www.silverdocs.com