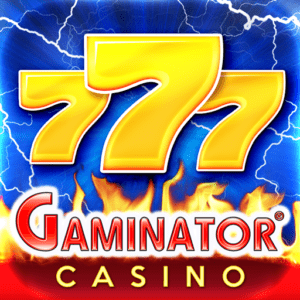 How many times have we dreamed that we are inside a video game and that we were that cool and adventurous character with mystical powers? There are many games that we have been able to enjoy on our consoles, but very few that have come out as movies. However, some have been saved from burning and that is why in the following article we are going to talk about the best video games based on movies.

For many years the mythical Mortal Kombat of 1995 was the adaptation of a video game to the highest-rated cinema in history, with an average score of 58 in Metacritic, until last summer that honor was taken from it by Angry Birds 2: The Movie, an animation film that has a 60 average mark, thus becoming the best-rated film by critics based on a video game.

The third highest-rated is a fairly recent one, Detective Pikachu (2019), with a 53 score, and the fourth is the forgotten Prince of Persia: The Sands of Time (2010) with a 50 score. The great Blockbuster produced by Jerry Bruckheimer and starring Jake Gyllenhaal is remembered as a failed film, but really neither the critics nor the box office behaved too badly.

The fifth-best rated is Resident Evil: Final Chapter (2017), with a 49 score, so that Paul WS Anderson, director of Mortal Kombat (1995) and of the profitable Resident Evil saga starring Milla Jovovich, has the curious honor of having been responsible for two of the five highest-rated video game movies in history.

The character created by Ian Fleming in 1957 is a source of adventure for video games. Three are the titles starring James Bond that have stood out above the rest: GoldenEye, The World Is Never Enough and From Russia with Love.

James Bond is assigned the mission to get Russian agent Tatiana Romanova out of Turkey, which can be done with a decoder called Lektor. Bond arrives in Turkey to take over the device, protect and get Romanova out of the country, but what he does not imagine is that everything is an OCTOPUS trap. The plot of the film in which he stars is slightly altered to add more action and it is the only video game that features the appearance of Sean Connery.

In 1992 an animated film was released based on the popular tale of Aladdin and the Wonderful Lamp in which a young urchin falls in love with the sultan’s daughter and with the help of a genie he tries to conquer her heart. Such was the success that a year later, Virgin Interactive and Capcom released two games based on the film for MegaDrive and Super Nintendo.

Tim Burton’s film hit the billboards during the boom in consoles and movie-based games. Konami signed the best adaptation of Batman Returns, a beat’em up for SNES that surprised us with its playability, graphics, and sound. Danny Elfman’s great soundtrack helped set the scene and get us even deeper into the Dark Knight’s skin.

The Westwood Studios game is one of the best adventure games of all time. Blade Runner on PC transported us to the cyberpunk future of the Ridley Scott movie to make us dream of journeys beyond Orion.

The protagonist of the video game is Ray McCoy, a rookie from the police department, he must inspect a pet shop where a murder has occurred. What starts as a trivial issue ends up leading the viewer on the trail of a rebellious group of replicants.

The point & click graphic adventure takes place in the same period of time as Rick Deckard’s film and it showed us that it was a good narrative with decision making and different endings.

Its release on PC, PS2, Xbox, and GameCube coincided with the premiere of The Lord of the Rings: Return of the King, the last part of Peter Jackson’s trilogy.

It is one of the most well-made adaptations in video games based on movies and takes us to the last bars of the great adventure experienced by the members of the Company of the Ring. In this way, we are able to visit Mordor, Mount Doom, the Gondor countryside, and the great city of Minas Tirith.

The Lord of the Rings Part III: The Return of the King fairly closely followed the events narrated in Peter Jackson’s movie, adding new incentives to the plot to bring it closer to the actual literary work.

Harry Potter and the Philosopher’s Stone (2001)

Is Harry Potter and the Philosopher’s Stone really the best Harry Potter game ever made? Before its release, we had only known magic through the pages of books or on the movie screen, but literally put ourselves in the shoes of the chosen child and tour Hogwarts, go to Defense Against the Dark Arts class or fight against Malfoy and his goons … it was a simply unforgettable experience.

After making the highly successful Lord of the Rings trilogy, Peter Jackson made a remake of the movie King Kong from 1933. Although the original is still preferred by many, there is no denying that it was a huge success from which a video game emerged. The famous Michael Ancel, to whom we owe Beyond Good & Evil, teamed up with Ubisoft and Peter Jackson himself to create a title that would allow us to immerse ourselves in the Island of the Skull. An excellent adaptation that offered us plenty of action, terror, and puzzles.

There are many films that have been turned into a video game in LEGO format and the Star Wars saga is one of them. The Force Awakens is adapted to make the viewers relive all the events of Episode VII in a very fun and colorful way.

One of its exciting novelties was the naval battles that reminded viewers of classic games like Star Wars: Rogue Squadron. Some of the film’s actors, including Harrison Ford, Carrie Fisher, Daisy Ridley, and John Boyega, lent their voices.

Thanks to Radical and Sierra Entertainment we became Tony Montana, one of the biggest drug traffickers in cinema. Scarface: The World Is Yours is a continuation of the events of the film and begins right in the final assault on the great mansion in which Tony confronts Sosa’s hitmen. From that moment on, our goal is to rise to be drug kings.

Sam Raimi’s Spider-Man inaugurated a golden age for superhero cinema that we are still living through. Spider-Man 2 is the best Spider-Man movie and Tom Holland fans forgive us.

His video game made us feel like Peter Parker thanks to its open world and a New York recreated in three dimensions in which we fought crime. Dr. Octopus was the main villain, but Shocker, Rhino, and other enemies of Marvel’s wall-crawler also made an appearance.

We love horror games and that is why we enjoy the adaptation of John Carpenter’s The Thing to the world of video games like no one else. Direct continuation of the film in which strange events take place on a scientific base in Antarctica.

The Thing spawned and pitted us against all sorts of alien mutations, as we tried to figure out which of our companions was infected. You know that you are not “the thing”, but your colleagues doubt you. In the same way, you don’t trust them… A very well-run psychological Survival Horror that recovered one of the great horror films of the eighties for our consoles.

Rockstar is much more than GTA or Red Dead Redemption and in 2005 it released The Warriors, a tribute to the 1979 film. The video game is a prequel whose plot begins just at the moment when the Warriors make Rembrandt a member and begins his initiation in fighting. All the original bands, scenes, and dialogue from the Walter Hill directed film were recreated. Without a doubt, one of the best video games based on a movie.

On a final note

Looking at the projects that are on the horizon for video game films, it is clear that it is a type of product that is generally quite beloved by Hollywood, and there are already several films scheduled on the horizon. The most imminent Monster Hunter (September 4, 2020), which will rejoin the tandem Paul WS Anderson and Milla Jovovich, as in the Resident Evil saga. Then will come the new adaptation of Mortal Kombat (January 2021), the long-awaited Uncharted, with Tom Holland and Mark Wahlberg (March 5, 2021), Tomb Raider 2 (March 19, 2021), and Minecraft (2022).

There are more video game adaptations in the works, like Metal Gear Solid, Mega Man, Call of Duty and the sequel to Detective Pikachu. Another game that we would be very much interested to see a movie adaptation of is the very popular Book of Ra. The specificity of this casino game is that it takes you into the mysterious world of ancient Egypt where you are placed in the role of a researcher in search of a mythological book. Thus, it could end up being an exciting adventure film for all ages.

Obviously, these are not the only films inspired by video games, there are many traditional Japanese animation films that we haven’t mentioned that sometimes are being released directly in the domestic market or reach theaters only in Japan but do not have a world premiere, so we have focused on those that have reached theaters around the world. Overall, we hope you enjoyed our article and promise to keep you posted when new cool video games based on movies emerge.