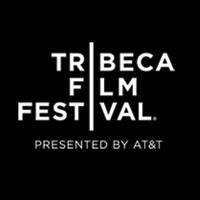 Acquisition of half of Tribeca Enterprises for $22 million by the Madison Square Company, MSG, will permit Tribeca to expand.  The festival and some related ventures have grown so much since the festival was founded in 2002 that funds for the expansion seem necessary. Apart from the festival, its principal venture,   Tribeca enterprises is involved in a digital studio, theatrical and non-theatrical distribution   using traditional and digital plat forms, the non-profit Tribeca Film Institute, a film division, ownership of two theatres and other endeavors. The CEO of MSG, James Dolan,   will join the Tribeca board, establishing a link to the Cablevision System  and the Sundance and IFC  channels of the AMC networks They are  prone to carry eventually  indie and art house productions  embraced  by  Tribeca Enterprises  Access to  MSG resources permits the festival to gain a greater foothold for its brand  locally and nationwide if not internationally.

The Tribeca Film Festival shapes the visual and artistic experience of film makers and the audience through the constant addition of new innovative components.  Programs such as the Tribeca Innovation Week which was staged for the first time this year connect the creative and technical communities. The week included sessions on the future of films, the 11th Annual Games for Change  festival,  which has been exploring for several years interactive and digital media use,  the fifth edition of the Tribeca Innovation Awards, the third edition  of  Tribeca’s  TFI Interactive with  the showcasing of 22 interactive projects,  a two day exploration, Tribeca Hacks,  of new forms of storytelling, and Storyscapes ,  the presentation of genre shifting ultra-short films as well as  a  new  section    Interactive&Interlude   aimed at  story tellers for music films.

Tribeca’s Disruptive Innovation Awards   are unique in the film festivals circuit and certainly not restricted to film, television and video making as one would assume. To provide some examples  from  the list of 15 individuals and organizations recognized as  honorees this year:  Adam Braun for international educational  innovations,  Yael Cohen  for founding a unique cancer education , Fuck Cancer,   Idea Paint for improving interpersonal work relations,  Lindon Leader for the design of branding programs, Sesame Workshop, the landmark television program aimed at children, and Kay Walker who established  TEDMED to stimulate  imagination in the health and medicine sectors.  An underlying focus of some programs has been the analysis of the relationship between the audience and visual media and the shifting taste and use of media preferences.  Given the differentiation of the viewership, the constant development of new platforms, increase in low cost production technologies with a resulting explosion of productions, and the progressive erasure of strict thematic and narrative boundaries of film and television productions   these out of the box explorations by the Tribeca fest have become indispensable.

The 1914 festival program reflects some other significant changes. In the narrative and documentary sections the number of productions from outside the United States has increased with the festival offering again a very strong documentary selection. It extended its  audience base by  an on line  program, N.O.W., with 12 productions      and  the  fifth annual  Tribeca on line festival ,  TOF,  with free  video-on- demand offerings  of eight  feature and short films. The audience of this section voted for the best feature and short.   Three other festival selections from Tribeca Film Release were also shown nationwide through major cable video-on-demand providers.

Tribeca received a record number of submissions, 6,117, including 3.043 features and 3,074 shorts of which of which 89 features and   57 short films were selected from 40 countries. They competed for   $150,000 cash awards and prizes from the seven Tribeca Film Festival juries.   A high proportion of selected features and shorts were world premieres, that is 55 of the features and 29 of the shorts.   The audience of movie-goers and panel participants reached more than 120,000.  AT&T sponsored a free “Film for All Friday” on April 25 drawing 8,000 ticket holders and will fund periodic free screenings of the most popular films throughout the year, as voted by the Tribeca film goers.   If free community events, Drive-Ins, the Family Festival Street Fair, and other public components of the festival are added, Tribeca drew in 2014 an audience of more than 400,000 individuals.

Tribeca has itself established as a major international film festival in a comparatively brief  13 year period and caught up with Sundance as a must attend U.S. festival. It benefits from   excellent relations with the mainline and independent film sectors.  It is also well tied to commercial and public or non-profit funding sources as enabled by the legal status of the festival and the Tribeca Film Institute.   Its innovative program approach, digital involvement and   exploration of disruptive innovations are well suited for the complex and rapidly changing visual media universe.  Thus it will be most intriguing to see how the partnership with Madison Square Garden will impact the development of multifaceted Tribeca Enterprises