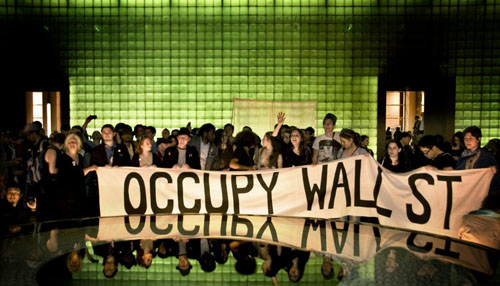 As in past editions The Human Rights Watch Film Festival presented in New York from June 13 – 23, an outstanding programs of documentaries. These films show frequently empirically verified investigations and make significant contributions to policy changes addressing the issues documented.  Among documentaries with a significant impact shown by the festival in the past are productions like ENEMIES OF THE PEOPLE (Thet Sambath and Rob Lemkin), GRANITO (Pamela Yates), and last year’s THE INVISIBLE WAR (Kirby Dick).  Most of the productions selected  are characterized by directorial acumen, superb storytelling and high production values. It is important that many seem well funded, frequently with support from European sources such as arte. The 2013 edition focused on women’s and LGBT rights, migration and development, Asia, and the human rights situation in the United States.

Marco William’s THE UNDOCUMENTED centers on a case study of an undocumented Mexican searching for a missing father who disappeared in the Sonora Desert. Driven by the urge for a better life a large number of illegal; immigrants attempt each year to get to the United States,  faced by  hostile and outdated  immigration policies. An estimated 12 million illegal immigrants, mostly from Mexico, live in the United States. Yet as the documentary shows many never make it and over the last six years more than 2000 dead bodies and skeletal remains have been found in the Southern Arizona desert. Crossing has become more dangerous because the migrants have to walk a longer distance and are frequently abandoned in the desert by ‘coyotes’, the smuggler who had been paid to bring them to the States. Williams depicts with powerful disturbing images the work of  border patrol agents trying to save border crossers, of  medical  investigators  attempting to identity the growing number of bodies found in the desert and of  the relatives  notified by  Mexican consular staff of the loss of a beloved one.

In FATAL ASSISTANCE the Haitian filmmaker Rail Peck presents a damning indictment of international assistance provided to Haiti after the 2010 earthquake killed an estimated 250000 people and left 1.2 million homeless. $11 billion in aid had been promised by international donors and agencies yet local and national Haitian agencies were not involved in the disbursement of the aid and the design of projects supposed to provide relief. After three years have passed close to 300.000 Haitians are still homeless, most of the population unemployed and living in poverty and few if any major ‘development’ projects have been completed. About half of the existing housing needed major repairs but no significant amounts were allocated for that purpose or for one of the most pressing problems, the removal of debris. The provisional plaster board housing shacks set up with foreign funds in areas distant from employment and shopping had neither running water nor electricity nor access road. They are likely to become future slums. Peck who served in the Haitian government in the 90s painstakingly reconstructs the assistance process that disempowered the Haitian stake holders using them for rubber stamping only. He also exposes the incompetence of aids specialist and the manipulations major foreign stakeholders were engaged in including the rigging of the presidential election. Foreign assistance was fatal since, it created the illusion of effective help, yet hid the facts that most of the funding never reached the people. Instead it went back to the donor countries and agencies as payment for their services, was disbursed to nongovernmental organizations operating in what was to be known as the NGO paradise of Haiti or simply disappeared because in many cases there was neither transparency nor accountability.  What we learn from Peck’s outstanding documentary is that problems in development assistance as they emerged in the extreme case of Haiti can also be tracked in other large development and disaster relief projects, such as New Orleans’s Katherina. The people who most effected derived the least if any benefits.

Bestowed each year to filmmakers “for their exceptional commitment to human rights”, the Nestor Almendros award was presented this year to Marc Wiese  for his exceptional portrait of Shin Dong-Huyk, the only  North Korean defector known to have escaped from a prison camp  and survived to testify about it. CAMP 14 – TOTAL CONTROL ZONE is an original documentation of the life of Shin who was born in a North Korean person camp to a couple of political prisoners. In powerful animated sequences we get a succinct idea of growing up in such a slave camp, of the totalitarian setting devoid of, emotions and moral consideration, and the total absence of what we consider normal. There is child labor from the earliest age on, violence of the prison system, and the drive to survive as the principal motivation. Thus Shin Dong-Huyk was forced to compete for food with his mother and denounced her to the guards since she planned to escape with his brother. He is tortured and imprisoned but released to watch her and his brother’s execution; considering her death just punishment as he was taught. After his escape he made it to South Korea, published a book about his life, stayed with the California group Liberty in North Korea and is now campaigning in South Korea for closing North Korean political and labor camps. Marc Wiese weaves this story perfectly together using Shin’s commentary from interviews, but also provides supportive evidence from a former member of the North Korean secret police and a former camp guard. The effective use of animation draws us into the very day life of Shin, leaving powerful impressions behind.

THE ACT OF KILLING Joshua Oppenheimer, 2012, Denmark; Oppenheimer applies a unique documentary approach in his investigation of the murder of hundreds of thousand communists in Indonesia in the mid 1960s with Errol Morris and Werner Herzog serving as executive producers. As prompted by Oppenheimer the death squad leaders from local criminal gangs responsible for the killing in one region proudly re-enact their crimes dramatically as if they were playing in a movie.  They show little sense of remorse and gladly take the film makers to the places where they committed the killings.  The only exception seems to be Anwar, a principal killer, and now a loving grandfather, whose past haunts him in his dreams  because the re-enactment of the horror made apparently his actions real again. The death squad leaders and their gangs still celebrate the genocide today in public events with their Pancasila Youth gangs   and are proud of the service provided to Indonesia by getting rid of the communists.  Senior government officials do attend these events. Members of the death squads readily demonstrate to the film makers the most effective ways of killing they invented and the torture techniques applied. They even go on national television to brag about their past activities. During the discussions they suggest that “God hates communists” and that they were more effective than the Nazis. They make no secret of the military hiring them and of the other criminal activities they were carrying out during the mass murders. Today they are running protection rackets and dispossess with paramilitary units for real estate speculators people from their land. To date there has been no prosecution of the genocidal crimes committed though they were clearly exposed. Oppenheimer’s film cannot be shown publicly in Indonesia but had private screenings there.

WHICH WAY IS THE FRONT LINE FROM HERE? is a superbly constructed portrait of Tim Hetherington a British born photo journalist who covered major armed conflicts and civil wars. The film was directed and produced by Sebastian Junger and James Brabazon two award winning writers and film makers, and was funded by HBO with Sheila Nevins as the executive producer. Sebastian Junger and T. Hetherington directed the 2010 Afghanistan war documentary RESTREPO, thus Junger had access to footage depicting Hetherington in that country and others like Liberia. As the fast moving film shows, Hetherington was not so much interested in obvious manifestations of war such as overt violence and bloodshed. He was more attracted to recording the human face of war, the motivations of soldiers drawn into it, the theatre of war’s appeal to child soldiers, and the havoc conflicts created for civilian populations.  Driven by the desire to understand the human level of conflicts Hetherington spent most of his time in the war zones of Liberia and Afghanistan and joined war correspondents in Libya where he was killed in 2011.  As the images  from RESTREPO and LIBERIA: AN UNCIVIL WAR  in this documentary show and comments by Sebastian Junger at  an HBO screening confirmed, it is the interaction between the young soldiers, their bonding  and what they mean for each other which intrigued Hetherington, rather than their role of warriors.  In battle their primary motivation is to protect and save their fellow soldiers but not hatred of the enemy. Fatalities are a steady companion, but what affects them most is the death of a buddy as Sebastian Junger learned when his close friend Hetherington was killed in Libya.