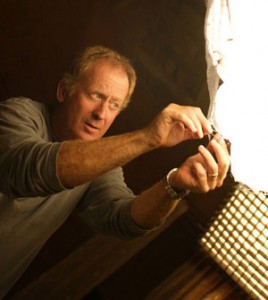 The hour-long discussion will feature selected clips from Elswit’s prolific body of work, an insightful look at his techniques and creative approaches to moviemaking, as well as an in-depth discussion about his experiences from the set. Attendees will learn about his stylized approach to lighting and composition, and acquire trade secrets from one of today’s leading cinematographers.

Elswit won the cinematography Oscar® for his work on There Will Be Blood. He was also nominated by the Academy for Good Night, and Good Luck, for which he took home the Independent Spirit Award for Best Cinematography. Elswit studied filmmaking at the University of Southern California (USC) and American Film Institute (AFI). He began his career working as an optical effects cameraman at ILM. Elswit’s credits include The Bourne Legacy, Mission: Impossible-Ghost Protocol, The Town, Salt, Men Who Stare at Goats, Duplicity, Michael Clayton, Syriana, Runaway Jury, Punch-Drunk Love, Magnolia, 8MM, Tomorrow Never Dies, Boogie Nights, and The Hand That Rocks the Cradle, among many others.

“Robert Elswit’s contributions to visual storytelling have made an indelible impact on cinema,” says Kodak’s Judy Doherty, marketing director for the Entertainment Imaging Division. “We are fortunate to have this opportunity to hear about his creative philosophies, learn some practical production solutions, and ask questions about the collaborative process of filmmaking.”

The Kodak Cinematography Master Class is a free, ticketed event. Badge holders may access the class without a ticket. Complimentary tickets are available to the general public at the HIFF Box Office. For more information, visit the HIFF website at http://hamptonsfilmfest.org/.