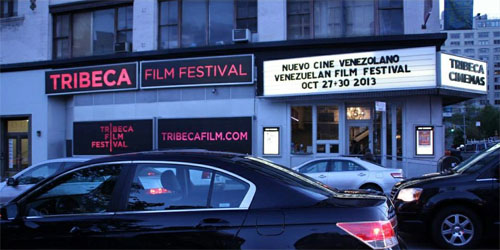 The 2014 Venezuelan Film Festival in New York (“VEFFNY”), which will take place September 19-25 at Tribeca Cinemas, announces its line-up of award-winning films (14 total) and events for this year’s festival including fourteen feature-length films by a diverse mix of Venezuelan filmmakers. Festival tickets will go on sale on Sunday, September 7, 2014.

After an exciting, successful premier in 2013, this year VEFFNY promises to show film audiences a side of Venezuela they have never seen. The eclectic program selection is filled with compelling stories that capture the growing artistic boldness and fearlessness of Venezuela’s new generation of filmmakers. Several featured films will touch on themes surrounding gender and sexuality in Venezuela (a topic that, until now, was untouched in modern Venezuelan cinema). Festival-goers can look forward to seeing thought-provoking and moving stories of women and pressing LGBT social issues brought to life on the big screen.

One particular festival conversation sure to spark debate and buzz is the panel Sex and Gender in Venezuela featuring the renowned Dr. Tamara Adrian (star of the award-winning film “I, Undocumented” on transgender women in Venezuela being screened at VEFFNY and a leading advocate for transgender rights around the world). Festival organizers are summing up this year’s lineup in three words: expect the unexpected!