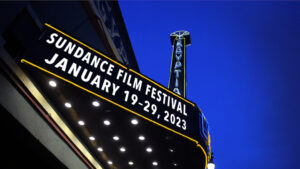 The 2023 Sundance Film Festival offers over 100 feature films and 60 shorts in this year’s program, about 28% of which are by first-time feature directors (according to the official data). As always, this means that anyone attending in person or online (both options are available) can expect a slate with as much variety as ever, both in terms of provenance (international and domestic) and diversity of background, gender, race, ethnicity and more.

Running January 19-29, with the first half (up until January 23) for in-person attendees only, and the second half (starting January 24) including virtual screenings, Sundance promises exciting premieres and more. What follows are choices from regular contributor Hannah Tran (who will on the ground in Park City) and site editor Christopher Llewellyn Reed (as in yours truly, and who will be virtual-only), each of whom has chosen 5 films (out of many more they plan to watch) to recommend for a total of 10, listed in alphabetical order, below. However you plan to attend, hopefully you be able to catch at least some of these.

The Amazing Maurice (Toby Genkel): An adaptation of author Terry Pratchett’s 2001 The Amazing Maurice and His Educated Rodents (part of his long-running Discworld series), The Amazing Maurice is a delightful animated satire on children’s fairy tales, featuring the titular cat and a (somewhat, occasionally) merry band of rats. Together, these unlikely collaborators (joined by a hapless young man and a puckish young woman, who also narrates) have a good thing going, conning villagers out of hard-earned coin, until they meet their match upon entering a new town beset by an unknown plague. Featuring the vocal talents of, among others, Gemma Arterton (Summerland), Emilia Clarke (Solo: A Star Wars Story), Hugh Laurie (The Personal History of David Copperfield), Himesh Patel (Yesterday), and David Thewlis (Wonder Woman), the film is nonstop, silly fun. (Christopher Llewellyn Reed)

In My Mother’s Skin (Kenneth Dagatan): Unlike my previous, family-friendly choice (see above), this one, part of the festival “Midnight” section, comes with the following disclaimer: “This film contains extreme violence and gore. May not be suitable for all audiences.” While I am normally not a fan of gore, extreme or otherwise, the premise of the movie intrigues. Set in the Philippines at the end of World War II, in 1945, In My Mother’s Skin follows the disturbing misadventures of a family hiding gold from the occupying Japanese army. A flesh-eating fairy and a sickly matriarch play a potentially nauseating role. And though I have seen none of Kenneth Dagatan’s previous movies—which include the 2018 Ma—I still have high hopes. (CLR)

Jamojaya (Justin Chon): Justin Chon (Ms. Purple) is a writer, director, and actor whose emotionally compelling stories examine the broad expanse of the Asian-American experience and have, in my opinion, only gotten stronger with each new addition. Returning to Sundance, Chon gives us a story about an Indonesian rapper, played by real-life rapper Rich Brian, who is trying to navigate his career and his relationship with his suffocating father. Uniquely comfortable with melodrama, Chon has a singular vision that courses through his films. The moving characters, work with non-actors, and lush imagery that comes from the collaboration with cinematographer Ante Cheng (Blue Bayou) are all examples of what has made Chon’s films so essential thus far. (Hannah Tran)

Kim’s Video (David Redmon/Ashley Sabin, 2023): Any cinephile who lived in New York City in the 1980s, 1990s, and early 2000s (the latter two were my era) remembers well the wonderful video-rental chain Kim’s Video. Stocked with a wide variety of options—initially on VHS, then also on DVD—Kim’s was a popular destination for those looking for what they might not find at a place like Blockbuster’s. The rise of Netflix spelled the end, sadly, and so owner Yongman Kim, who had emigrated to the United States from South Korea in 1979, donated his entire collection to a worthy beneficiary. Or not, as the case may be. Filmmakers David Redmon and Ashley Sabin (Do Donkeys Act?) take us on a journey to the town of Salemi, on the island of Sicily, which put together a successful application for Kim’s videos. Except that nothing turned out as it should. Redmon, both subject and narrator, is an intriguing guide in this unexpected documentary adventure through the twin destinations of ambition and corruption. (CLR)

Landscape with Invisible Hand (Cory Finley): Based on the eponymous novel by M.T. Anderson, director Cory Finley’s latest film is set in the wake of an alien invasion that has left most of humanity unemployed. To help provide for their families, a teenage couple decides to livestream their budding relationship to an alien race that is fascinated by human culture, only to realize they don’t actually like each other. After a solid debut with 2017’s Thoroughbreds and an incredible follow-up with 2020’s Bad Education, Finley has proven himself to be a must-watch director. Between this offbeat premise and a cast that includes Tiffany Haddish (The Card Counter), I cannot wait to see how Finley brings it all to life. (HT)

Little Richard: I Am Everything (Lisa Cortés): Richard Wayne Penniman (1932-2020), otherwise known as Little Richard, is one of the 20th-century’s greatest musicians, yet has never yet received a documentary treatment. Thanks to director Lisa Cortés (All In: The Fight for Democracy), that is about to change. Her profile of the star undertakes not only to highlight his artistic achievements, but to remind us of his status as Black and queer icon, both. Filled with interviews from those who knew and/or have been inspired by him, Little Richard: I Am Everything should enter the canon as a must-see biopic. Wop-Bop-A-Loo-Bop-A-Lop-Bam-Boom! (CLR)

MAMACRUZ (Patricia Ortega): What happens when a grandmother discovers online pornography by accident? Give MAMACRUZ, from director Patricia Ortega (Yo, impossible), a try to find out. As you can imagine, there’s sure to be some form of sexual awakening, but maybe also some self-reckoning. After all, society (along with religion) frowns upon an older woman seeking satisfaction. Starring Kiti Mánver (Wounded by the Wind) as Cruz, the movie should offer both raunchy humor and deep metaphysical insights. Life is wasted on the young, after all. (CLR)

Pianoforte (Jakub Piątek): Two years ago, I had the pleasure of watching Piątek’s tense narrative debut, Prime Time, premiere at Sundance. I was surprised to learn that Piątek would be back this year with a documentary. Unraveling over the course of the prestigious 2021 International Chopin Competition in Warsaw, his newest work is an interesting transition into the nonfiction realm that immediately boasts an intriguing subject and setting. (HT)

Scrapper (Charlotte Regan): In her feature-film debut, Charlotte Regan offers an imaginative story about a 12-year-old named Georgie who secretly lives alone in a London flat after the death of her mother. Georgie is happy until her absent father, played by Triangle of Sadness’ Harris Dickinson, shows up. Scrappersounds like an emotional, sweet, and vibrant story, and Dickinson, who is one of our most talented emerging actors, seems perfectly cast. (HT)

Theater Camp (Molly Gordon/Nick Lieberman): After a theater camp’s fearless leader falls into a coma, her “crypto-bro” son must take over and work with a band of eccentric teachers to save it from financial ruin. This is the story of Theater Camp, the debut film of Nick Lieberman and Molly Gordon, whose performances in Booksmart and Shiva Baby immediately put her on my radar. Gordon also stars in this film alongside the talents of Ben Platt (Dear Evan Hansen) and Jimmy Tatro (Netflix’s American Vandalseries). The wonderfully silly premise and mockumentary style promise both hilarity and heart. (HT)

Curious how you can see some or all of these? Visit the festival website for information on tickets to virtual screenings.