DOC NYC launches its 11th year today, November 11, 2020, in a purely virtual format (thank you, Covid-19!), with over 200 films streaming on its portal, 23 of them world premieres, 12 of them North American premieres, and 7 U.S. premieres. Running until November 19, the 2020 festival offers its usual array of diverse stories from diverse filmmakers (53% of the features are directed by women, and 34% by BIPOC filmmakers). Lucky me, I had already seen and 6 films in the lineup before receiving access to the press site. Since then, I have watched 11 more. What follows is a list of 10 documentaries playing this year’s DOC NYC that I wholeheartedly endorse. For tickets to online screenings, visit the festival’s website.

5 FILMS I PREVIOUSLY REVIEWED (for Hammer to Nail – text excerpted from those reviews): 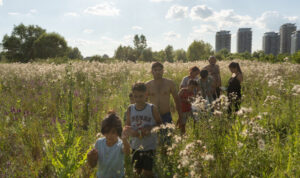 Acasă, My Home (Radu Ciorniciuc): First-time director Ciorniciuc follows, in this intimate documentary, the sprawling Enache clan as they are forced to leave their makeshift paradise in a wilderness area just outside Romania’s capital city of Bucharest for a metropolitan hell. The transition does not go well. 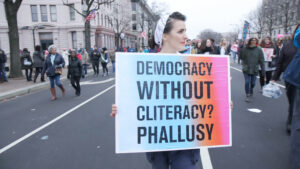 The Dilemma of Desire (Maria Finitzo): Few people know what a clitoris looks like. After watching this film, however, many more will. 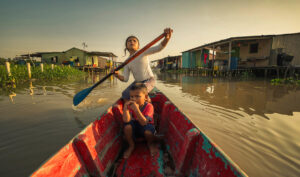 Once Upon a Time in Venezuela (Anabel Rodríguez Ríos): Director Rodríguez Ríos embeds herself with the locals in Congo Mirador, a small village on the southwest side of Lake Maracaibo, in the northwest of Venezuela, to examine how national politics affect folks far away from the capital. The year is 2015, and the landscape is ripe for change. 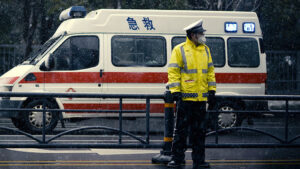 76 Days (Hao Wu/Weixi Chen/Anonymous): A remarkable moving-image document that takes us into the heart of our current global COVID-19 crisis, 76 Days is cinéma vérité at its observational best, following healthcare workers and their patients in Wuhan, China (where the first known outbreak occurred), from January 23 to April 8, 2020 – the 76 days of the title – as they confront the medical unknown.

Two Gods (Zeshawn Ali): In a brisk 82 minutes, we follow the story of Hanif, a Muslim man living in Newark, New Jersey, who, when we meet him, is hard at work building caskets and washing bodies for his local mosque. A kind, if occasionally gruff, fellow, he also mentors kids in the neighborhood, making sure they make it through the tough years of adolescence in one piece.

5 NEW FILMS I WATCHED IN ADVANCE OF THIS YEAR’S FESTIVAL: 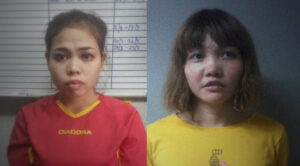 Assassins (Ryan White): Kim Jong-nam, North Korean dictator Kim Jong-un’s half brother, was assassinated via the application of VX nerve agent at Malaysia’s Kuala Lumpur International Airport in Malaysia in 2017. Two women – one Indonesian and one Vietnamese – were charged, caught on camera. And yet, they claimed they had no idea what they were doing, duped by sinister agents masquerading as video producers. How is that possible? Watch on … 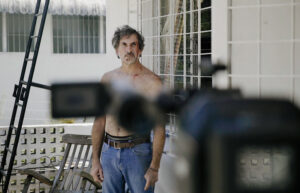 El Father Plays Himself (Mo Scarpelli): Jorge Thielen Armand, a Venezuelan ex-pat living in Canada, returns home to make an autobiographical film about his father’s life, starring his estranged father, himself, in the title role. Art and real life intertwine in fascinating ways. 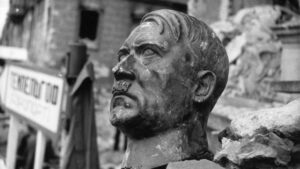 The Meaning of Hitler (Petra Epperlein/Michael Tucker): In this age of renewed attraction to fascism and its malignant symbols, directors Epperlien and Tucker examine the life, history and legacy of Hitler and his followers, past and present. Despite the subject matter, the film strikes an often playful tone, taking that which horrifies and refusing to let it triumph over the human spirit. 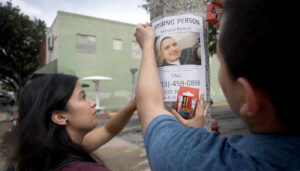 Missing in Brooks County (Jeff Bemiss/Lisa Molomot): Since 1994, the United States Border Patrol has pursued a policy that forces illegal migrants from Mexico to traverse environmentally dangerous areas of southern Texas, leading to over 20,000 deaths, many of them in Brooks County. Directors Bemiss and Molomot focus on both the larger issues and specific stories, reminding us of the human cost to border enforcement. 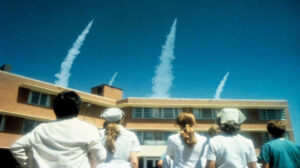 Television Event (Jeff Daniels): In 1983, ABC released The Day After, a “movie of the week” about nuclear holocaust. Directed by Nicolas Meyer (Star Trek II: The Wrath of Khan), this was hardly the usual kind of fare put out on family-friendly network TV. In Television Event, director Daniels (not the actor) tells the tale of how this happened, and the effect that film later had on nuclear disarmament, gathering all the surviving players (Meyer is especially terrific) in a highly entertaining romp through the nitty-gritty details of the surprisingly seminal “event.”